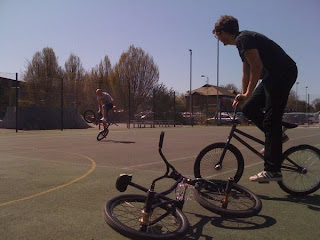 So this jam was due to take place on the 3rd and 4th of April, but being England the weathers always going to be a factor and low and behold it’s rained off with a lot of people being dissappointed, jimmy biondi  (the events organizer) postponed the jam and set a date of the 17th 18th April praying for better weather and promising free cake for the first ten flatlanders who turn up.

So I awoke yesterday to what can only be described as perfect weather for a jam, probably the hottest day I can remember hardly any wind and my first thoughts are to get my bike and get my ass to Andover meet jimmy and ride .so I hop in the car with my girlfriend sat nav ready and try and find where its at, we arrived half an hour later at the depot, didn’t really know what to expect as id never been to Andover before but the depot is a leisure centre with two basketball courts a skate park and a perfectly flat area (think its a 5 aside football court usually) and its own sound system which its divided between the skate park and the courts  and there’s a huge bmx race track behind it !!!!

Thinking it would take longer to get there I as you can guess was early and was there before Jimmy himself, fortunately Jimmy’s house mate works at the depot and unlocked the court for me which was odd as I’m so used to getting kicked out of them and this guys opening them up for me hahaha.He told me Jimmy wouldn’t be long and said they had a sound system to get out too, this was looking to be an awesome day every thing you could possibly want out of jam. 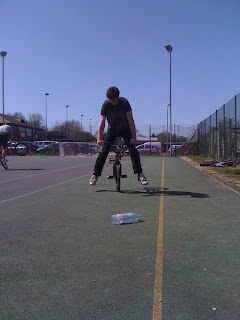 Jimmy turns up 5 mins later on a millitant stealth and I finally get to put a face to name, we have a quick intro chat and a debate on who’s the best rider I say Sam Foakes, he’s French so guess who he voted for =) music on loud its straight to the riding, Jimmy comes out with a hefty nose manual as his first trick, and a bit of a warm up mega spin and hang five to half packer combos, didn’t realize this guys was as dialed made me wonder why he doesn’t compete! Enter Lee Wilson and Howard Avery to mix, first up props to Lee as he drove all the way from Leicester just to attend this jam when asked about this in his own words lee said “well it gets me away from the wife“ gotta love him, lee’s opening tricks and highlights from the day were his super smooth round the worlds, multiple whiplash combos, and the mini battle he ended up involved in with Jimmy.

Keeping it old school, Howard Avery one of the true roots riders of the UK. Always impressed by the difficulty of old school tricks watching Howard ride is no exception, what I’ve noticed about this guy is his tricks have a lot of thought put into them and I can say with all honesty this guy is underrated, long live the old school ….. 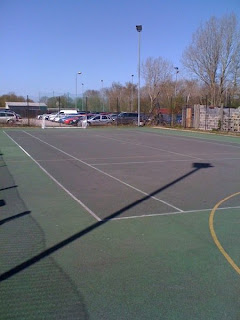 So after a couple of hours are last rider Mr. Chris Carter turned up, I’d met Chris once before at Level Vibes, super cool guy and a very impressive flatlander Chris was rolling multiple hitchhiker jugglers, elbow glides and cliffhangers with a flat back tire which eventually got fixed.As you probably guessed there was only 5 uk riders at this event myself included, but you know what if you weren’t there you missed out, I feel sorry for Jimmy as he was expecting a lot more faces, I would make the effort to ride with that guy any time in the future, massive thanks to the riders for showing support, and to Jimmy Biondi and his girlfriend for the jam and the sandwiches and of course the depot for actually understanding BMX.