The 4th issue of ART (attitude, riding and travel) is out now. As I sit here on this damp November’s morning here in Southsea, I can’t help wonder the future of the traditional printed magazine. Recently magazines such as The Albion, and Case have raised their game to such levels in terms of editorial writing, quality of interviews, that you would buy the magazine and they are free!

The problem with the printed media is accessibility compared to the internet, information right at your fingertips, i’m lucky enough to get sent ART magazine, but are you? I doubt that. How do you get ahold of the magazine? I guess i’m on a rant already here, but my point is simple, The Albion is free, is the best magazine out there, and its accessible. It’s created quite a following already!

Without further a due, Art 4, in terms of flatland content in the printed bmx media, ART leads the way. Of course you have all seen the incredible cover, Chad Johnston dropping the elbow glide on the fork for the first time on a cover, that is dope! Props also to ART for having the balls to put flatland on the cover.

“Community” this issue covers the fundraiser for Chase Gouin, with words are the original press release from Chase himself. Many people throughout BMX in France will see this editorial and be made aware, thats a good thing! 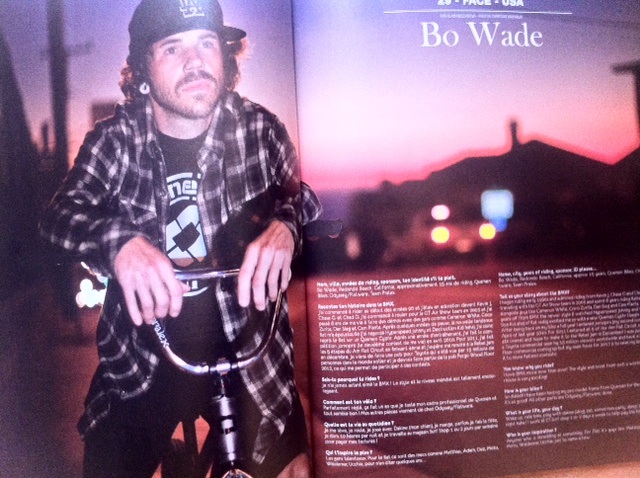 Bo Wade gets a nice 4 page interview, discussing his life in Redondo Beach and the LA flat scene, his influences, bike set up, some great shots by Christian Van Hanja.

The next flat article up is the scene in Argentina, 7 pages are devoted to their scene, you may recall the Flatlive videos that dropped a few months ago documenting the scene there, this article focusses on 4 riders who each bring something different to their scene, really well researched article by Luis Elias and it’s great ART covers scenes like this, last issue Brazil had a dope article, one part that stood out to me was Antonio Pagani talking about accessibility of getting bike parts to their country.

“To be honest,bringing parts from overseas is very expensive, and sometimes the price exceeds by far so it’s impossible to get flatland products. I started making my own parts because in Mendoza, where I live, it was almost impossible to get flatland-specfic parts, even videos. Then, the local riders started asking me to make frames and handlebars for them, and thats how I started with my company. Now without realising it, I see many people who started riding with my frames or bars. I think many guys are able to start using one of my frames, which are more affordable, than buying in another country.” 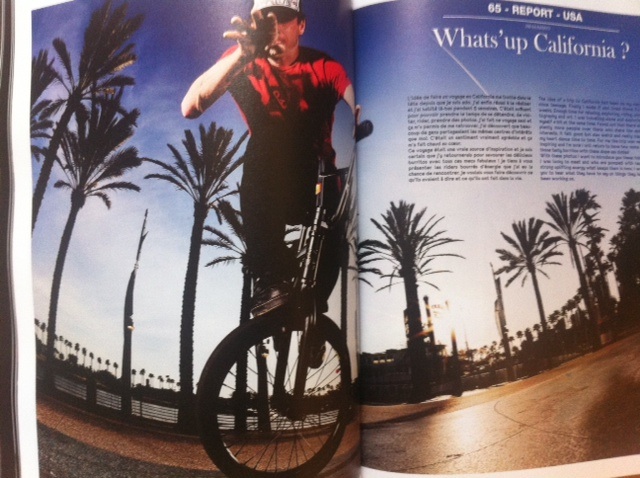 Following from the cover, the main cover article in this issue “What’s Up California?” by Kai Kuusisto who 5 weeks there, an awesome 8 page pictorial with side interviews from various key people discuss their scene, great insight from the likes of Chad Johnston, Pete Brandt and the Clocktower in SF, and Bobby Carter. As I look at out the window, then look back at the Californian sunshine, I think “oh man, winter is coming…”…

Groundforce has a nice double page , with words from organiser Calvin Tan and a dope shot of Moto mid backwards spinning karl, Calvin writes about the stress of finding sponsors for flatland in singapore and leads to more what goes into making an event rather than what happened at the event, interesting stuff! 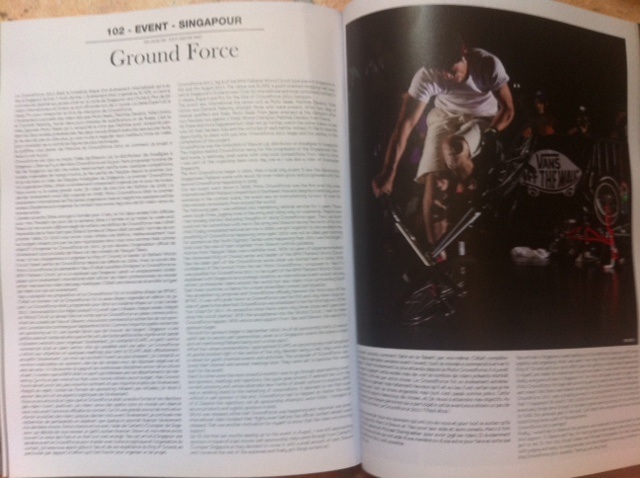 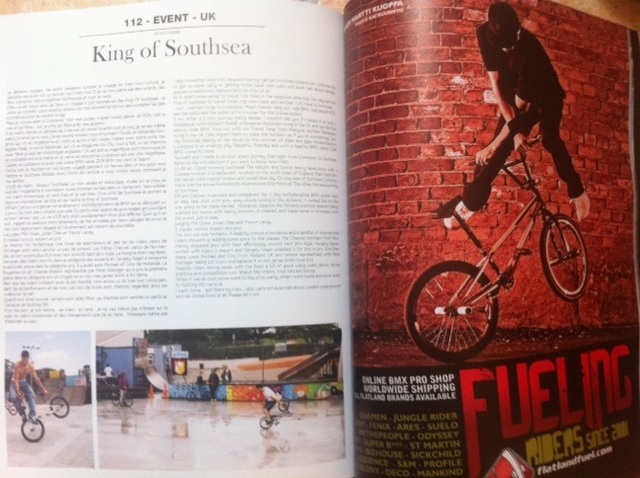 King of Southsea has a page (see above), which surprised me, wasn’t expecting that at all, thanks to Alex Romain for writing the words on the flatland contest!

G shock Real Toughness has a page, with nice shot of Ucchie.

Of course if the magazine was flatland only, it would not survive, other articles include:

ART continues to grow, great to see flatland adverts in a magazine, Quamen, the World Circuit, Flatland Fuel, for example.

Time will tell if ART will survive, I applaud Alain’s efforts to keep flatland in the magazine, and having the balls to put flatland on the cover. One sad thing to me is that due to the fallout with Alain and Matthias/Alex, these guys don’t feature in the magazine, thats not a good thing for the future I don’t think. Both coverage wise and sponsor wise.
Regardless, another good issue of ART, I just hope people can get hold of this easily and without much cost!