I caught up with Martti Kuoppa to talk about his winning ride at the UK Flatland Championships, special thanks to Matthew Dyer for officially filming for the contest. Pinoski also has both runs filmed which will be dropping tomorrow, for now check out the 2:30 run from The Boss and read on to see what has to be said about his win! 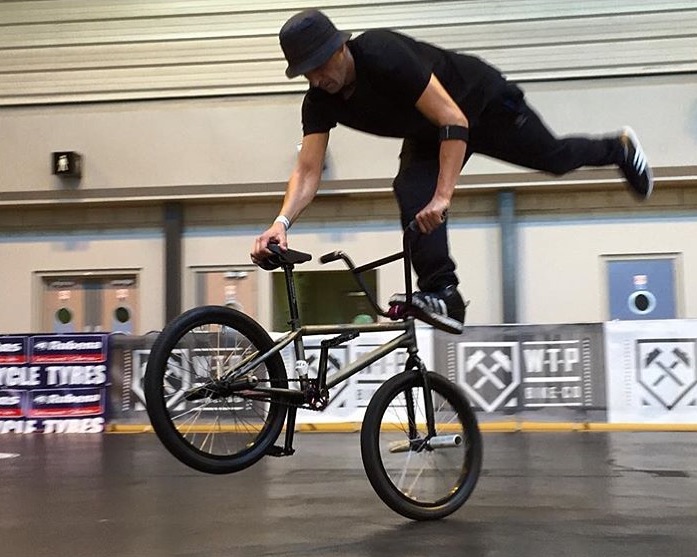 Congratulations on the UK Flatland Championships win this past weekend Martti! Firstly how did you feel about the win?
Thank you very much! I´m still sort of digesting what happened but all in all I feel really good about being the champion of the UK 2015! 🙂

What did you think of the venue, and set up we had going?
When Matti Hemmings messaged me a picture of the venue, I wanted to ride there so badly. I´ve been to NEC before and I knew it´s nearly perfect surface so I knew that it would be really nice to ride there again. However, once I got there I felt that it was slightly small as some of my new tricks require bit bigger area to reach to their full potential, but I managed it quite good.

You seem to thrive on the two run format?
That format serves riders who are attending the competititon. Battle format serves the growd and the media. It just lowers the pressure of riders when there is 2 shots to do your best and then there is a change to actually go higher level instead of playing safe.

How long did it take to get yourself back up to the level of consistency you are at?
The last time I worked on with consistency was about 10 years ago. After I got so burnt out on consistency training that I didn´t want to do it anymore. However, as I didn´t ride during last winter at all and I just had that wild idea in May that I´m going to enter a competition in October, I kind of made a commitment there to start working on with consistency. I started in May and now it´s end of September so I would say 5 months ago I started my journey into getting consistent from not pulling any of my tricks at all, just to give you an idea, it took me about 300 tries to pull my first double stemlash on my first session in May LOL.

And how did you make that journey?
I started on working with certain foundations. I had a big picture what I wanted to do in my run. Stem style, kickflips etc. Then I picked few tricks and I started from scratch with them. Weeks went by and around in June I could at least pull some of my tricks sometimes already. July I was already okay consistent. August much better and now in September I am feeling better on my bike than ever before, even more consistent than during my grazy days with comps. However, just to share something I should mention that my zen and mindfullness training are big part of my flatland stuff and that kind of tunes me into my body the way that I learn much quicker than I used to learn. Been practicing zen for about 7 years and now it is starting to expand to other areas in my life too which helps in many ways, such as I am not getting frustrated ever if I don´t pull a trick, my balance is much more subtle, I´m faster and my heart is much more open for flatland than ever before. My zen training actually got me to start riding flatland again after I quit so in many ways it have guided me to ”right” directions if I may say so.

What did you make of the UK flatland scene, you always seem to enjoy it here?
Yeah I´ve been coming to UK few times and it´s always been nice out there. The vibes are nice and there is something about the drum n´ bass music in the practice that pulls me back everytime hahah! 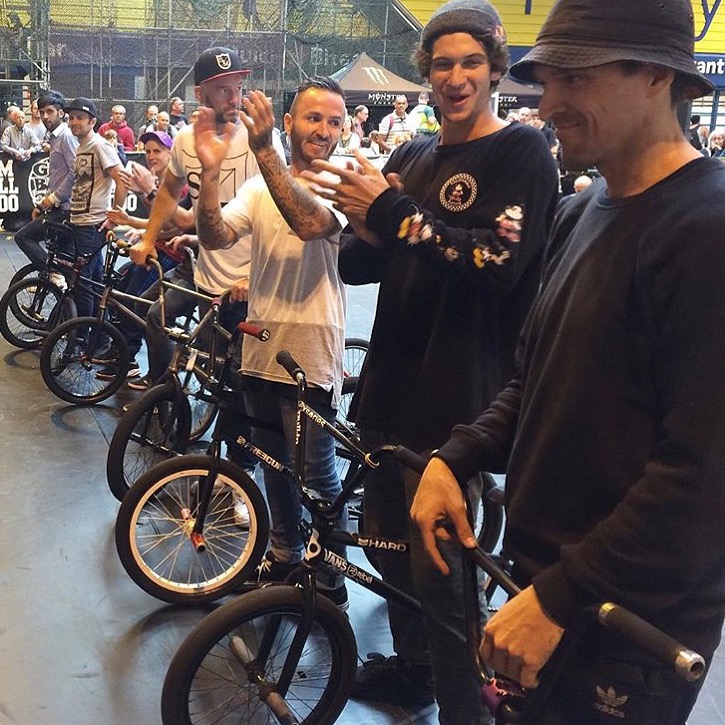 When was the last time you competed?
I actually had to double check that one and I think it was year 2009 and Worlds in Cologne. During that competition I felt that there is nothing for me anymore and it´s time to step out of the stage. Then I think I did one more comp in Kobe, Japan but that was a complete joke from my side and that was it. 6 years ago.

It was great to see yourself, Matthias Dandois and Alex Jumelin jamming and having a game of bike during practise, you commented briefly on the site already could you talk about that freestyle mindset in a lil more depth if possible?
Yeah, freestyle is a wide subject but I try to explain in a nutshell. First of all, the energy for freestyle starts to build when there are some freestylers around. Then after the energy gets there the riding starts to get better and better. However, in my opinion pure freestyle is something that you have no plans for. You have no idea which trick you end up doing in middle of your combo or in the end of your combo, but I am not there at the moment with my riding to be correct. So, at the moment I have some idea of the tricks I want to do in my next combo but I try changing them all the time around so next combo has these tricks but in different order than I have done in this session before or ever before, you know what I mean? My dream is to freestyle in a competition by not having a proper plan in mind. But that is very high level of riding and most likely judges would not regocnice it eiter 🙂 so we had that energy building up with Matthias and Alex and all of us were pushing each other. And, freestyle sessions are not about kicking the assess of others, it´s more about being supportive and respective others riding and be inspired to bust out when it´s your turn.

Just one touch in your second run in the time, what were you most happy about from that run? Any final words to wrap up this quick interview Martti?
To be honest my run was 90% of my current potential because of that mistake and I played safe with one combo. But I was very happy to feel such calmness during my run, something I have never felt before in comps!
I also missed another trick, but that´s okay because I am no longer striving for perfectionism in my contest riding and 1st place is nice but it´s not the whole story for me anymore. I just want to bust out, that´s all.

Thanks for your time Martti! Great to catch up and see you busting out on the contest scene again. Great for flatland! Congratulations once again for taking the 2015 title, Professional UK Flatland Champion!