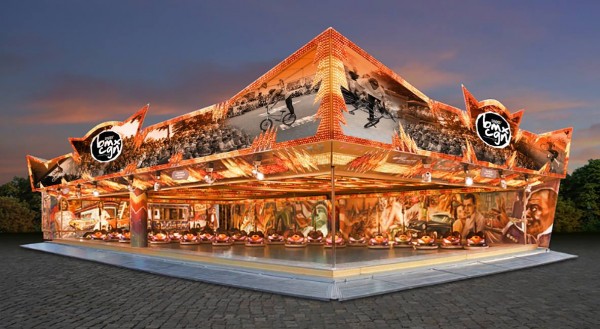 Exciting news this morning via Scott O’Brien! 18-20th July at the legendary Jugendpark in Koln, Germany! There are quite a few changes this year so read the official press release below! See you there!

It took us a while to figure out how to present Flatland in a fresh way compare to the previous years, when we were using a tent to cover the Flatland area. And what we came up with is very colorful and different indeed. Our Original 80’s Bumper Car arena will be the Flatlanders playground for the weekend. Flatland will now not only be a sporting highlight, but also an optical highlight of the event. As you will notice, the BMX COLOGNE will hold more changes in store. Also new will be the crew in charge of running the event. No other than the uncrowned King MC Mr. Scott O’Brien the mastermind behind Voodoo Jam in the USA and French Flatland legend Alex Jumelin are helping out to meet all participants’ expectations.

Qualifying
3:00 Run
*Pro Riders please understand to make the finals you can not copy another riders combos and style. This will be not be acceptable at this contest.

Progression Session
The Bonus Round

Objective – Rider is to push himself to do a trick that he has never pulled in a competition before.

1:00 time
• Awarded Points
0 Points – Rider does not pull his trick. Rider pulls easy trick or trick he pulled in qualifying or final run. Rider plays it safe. Judges feel no points should be awarded.
3 Points – Rider Pulls trick difficult that he never pulled in contest before or combinations of tricks never pulled in contest before. Judges feel riders should be awarded these points based on performance or tricks pulled.