We start the week with the third in our series of exclusive interviews with the winners of the 2014 Flatmatters Online Year end awards, this time it is the turn of flatland jedi, Shintaro Misawa who was voted Most Progressive Rider of the Year by you the readers of Flatmatters! We catch up to talk about his online videos, practice rituals, his various bike set ups and so much more! Don’t miss this! 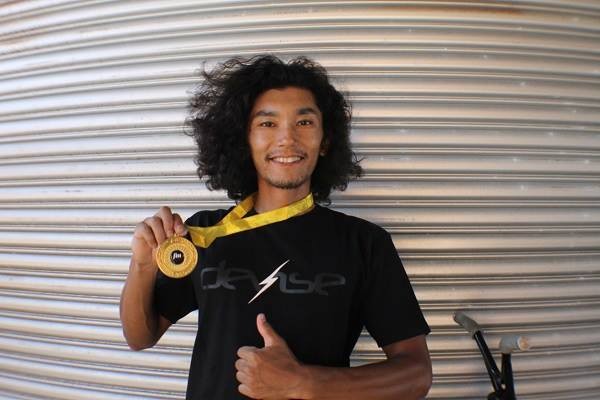 Congratulations on the award Shintaro Misawa, Most Progressive Rider of the Year! It’s quite an award coming from the hardcore readers and followers of Flatmatters. How do you feel about the winning the award?
Thank you very much. it is an honored to big award. I am pretty happy!! I would like to say thanks to the people who voted for me. also grateful to Mr. Effraim – Flatmattersonline – for giving me that chance.

So many edits during 2014, just for the record which edit was your personal favourite edit you produced and how many videos did you actually make last year?
Those edits are like as my diary. I am difficult to choose some special, but if I mention that “free #9” because of the filming place “Giant Swing” in Bangkok Thailand. there is nice place for ride.
Regarding the how many videos I made in last year, perhaps that was insane a little, but I was very hungry. I seek something new for me always.

There seems to be a philosophy or perhaps system for your progression, how many hours a day do you actually ride, and do you film every time you ride?
I was thinking about how to win competition, that will be important about consistency first. I spent much time for tricks of the performing level already. By the way I am 34 years old now ride since 1996. I still have a lot of curious for Flatland BMX tricks there is unlimited. I want try storming and norming more than performing level. Anytime the video shoot help to keep my motivation. Even if I crash in there become cool scene right.
It is case of I will attend competition within a month. I ride for 60-90 minutes by over and over. They are simple method 5 times of 5 links each. later on they should be 10 times of 5 links. Then I add free ride by storming around 30-60 minutes, sometimes I take video in this time that to try mix with combos for competition.

Case of I will not attend any competition for a while, i do free ride by storming or norming for 45-120 minutes that depends on my mood. I take video when I want to do so. The video shoot is once a couple days each, but they are everything depends on my mood and situation. 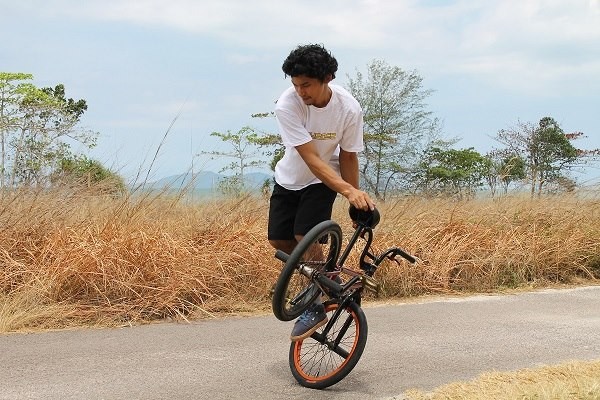 What is that indoor spot you film at?
That is personal multi purpose space especially for Flatland so far.
I get inspired from some riders of United States.

This year you started a series called “Mid” what does that refer to?
I feel lately the scuffing tricks are rad. and I was not good control for scuffing inside tricks previously. So I wanted learn again with some of Mid school skills together. I am contented now after learned some of them.

Last year you didn’t participate in too many of the bigger contests, with BMX Cologne being the exception, are you still into riding contests and can we expect you at the big contests this year?
That does not matter big or small for me about competition. But I need some stage for show my ride even online videos. Indeed I went some bigger oversea’s competition previously. But there are not for just attended to competition alone. I went to see a lot of other country for my experience. Finally I living in overseas since 2010 that is makes me comfort.

I did my best for each. South-Asia area also hot right.
I will respond that fifty-fifty now someone wants bring me to bigger competition mean to long distance from South-Asia area. Honestly I want get more sponsors to my online videos more than for competition. 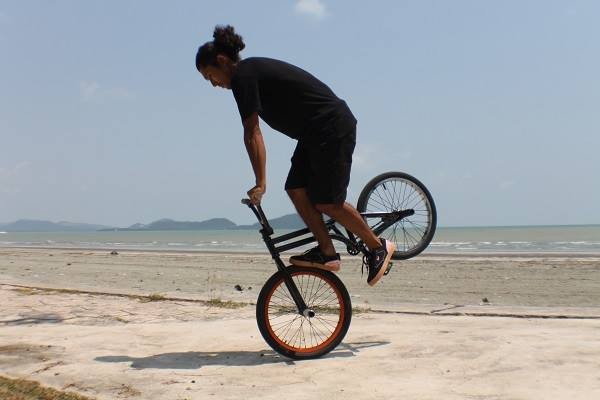 One thing I always notice is you always change your parts up, whether new bars, frames, why is this?
Flatland BMX Bike is Un-Bike and something I am thinking like that. basically there is not much difference in point between each tricks, that depends on bike set up. example Un-Bike rolling and Peg Wheelie they has closeness even also Death Truck. but do you think I can do Death-Truck on TT19 frame?? It impossible because of my height, so I need change parts, I save some stock for them, then i can do Death-Truck with TT17 frame.

Any final shoutouts you would like to make Shintaro?
Thanks to my dear sponsor 3sixty BMX Bikes Store, Sequence BMX, League Shoes and Devise Clothing. I am grateful to my Wife, Daughter, Father, Mother and Brother. My best regards to Flatmattersonline and Readers of them.

To catch up or take a rewind through Shintaro’s progression videos, hit the link below: