What a day yesterday for the first round eliminations here in Abu Dhabi. 37c to deal with for the Mens Elite class, groups of 4 with 20 or so riders in the mix. A couple of riders had to pull out, Dustyn Alt got sick and Matthias Dandois pulled out, as his girlfriend is expecting their first baby together any day… 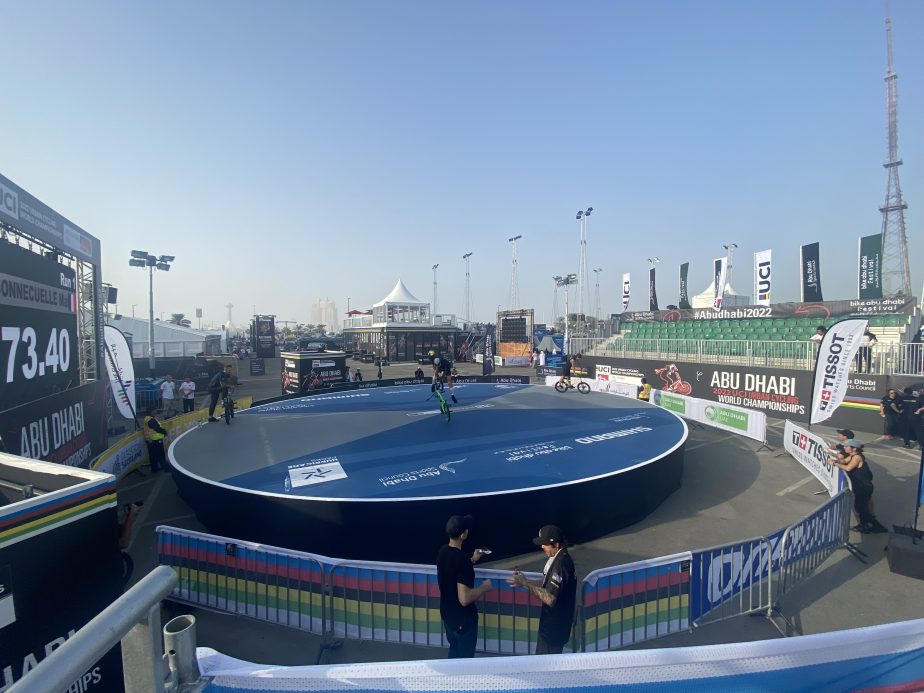 As always with competition, there are surprises thrown in the mix. And the big ones here, were Jean William Prevost and Terry Adams not making the semi cut from 20 to 12. This event is my first time doing the head judge role without putting down a score. My job is to check the averages, and make sure the ranking is correct, and there are no ties. Yesterday was a really good experience for me, and learnt a lot along the way. Judges for the event are Hiroshi from 430, Frank Lukas, and Ryan Russell. 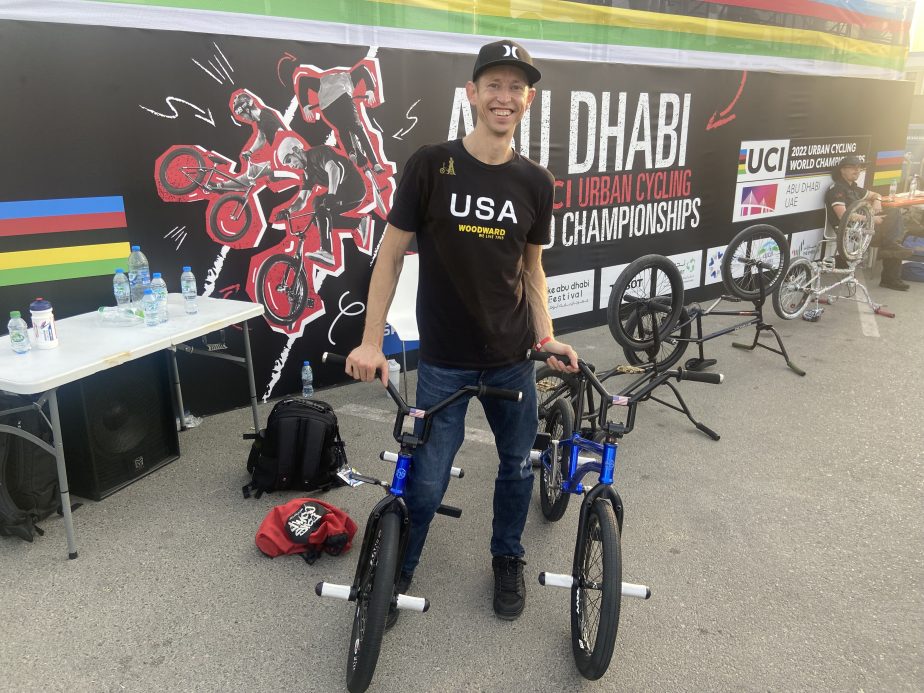 There were some great runs throughout the day from the likes of Moto Sasaki, Alex Jumelin, Masato Ito, Kio Hayakawa, Matt Wilhelm, Varo Hernandez, and Viki Gomez to mention a few. One interesting detail here was Matt Wilhelm brought two identical bikes (see photo), that’s something that is quite common in the park discipline, but not in flatland. Really good to see Matt back in the contest mix. 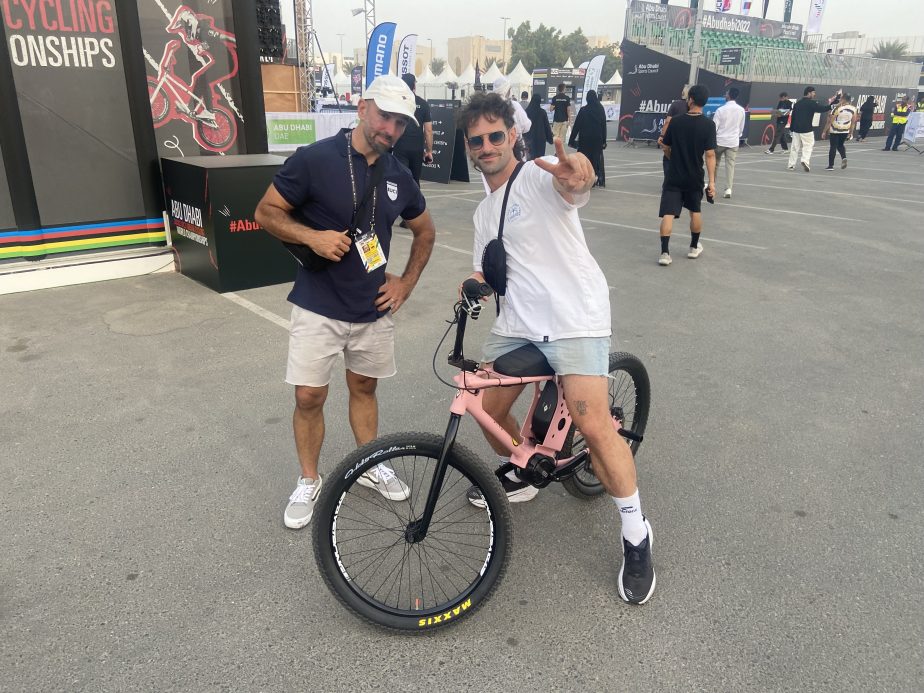 The heat was a big factor, out there with the event running 1-5pm, pretty much the hottest part of the day. Three minutes is a long time, to keep your concentration and work rate up. And to think it is winter here, temperatures get up to 47c in the summer. That is just wild!!!

Today is semi finals, and we don’t start till 5pm. So it will be cooler at least for the riders competing, top twelve made it through to semis. Today we go 12 to 8 ready for Friday’s final. 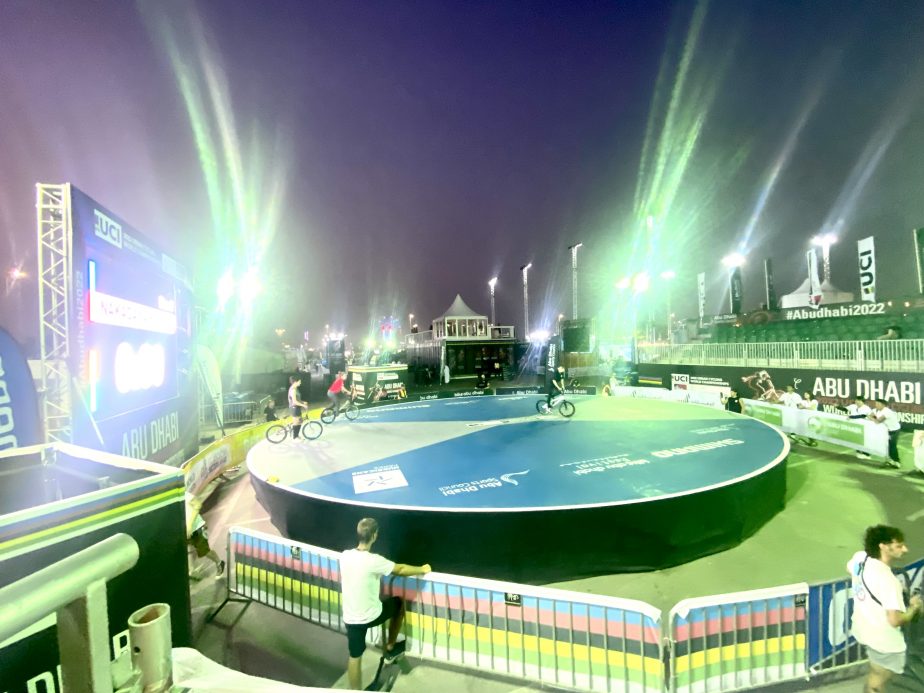 Women’s class had 6 riders going down to 4 for the finals, this event started at 6 under the lights at Nation Towers. And the level went up with Kirara Nakagawa from Japan throwing down a flawless run full of mid school style, wheelchair whips, backpackers, and great style. Great to see Aude Cassagne in the mix with messiahs, cliffhangers, a few mistakes kept her in second, can she step up for the final? Julia Preuss from Germany always impresses with smooth style on both front and back wheel. Melissa Droll took the fourth place with a freshly learnt switch foot carving steam, rebate out! So good to see the level of Women’s class progressing.

We go again today, it’s time to hit the pool before the contest starts later tonight. Hope you enjoy the repo!!!