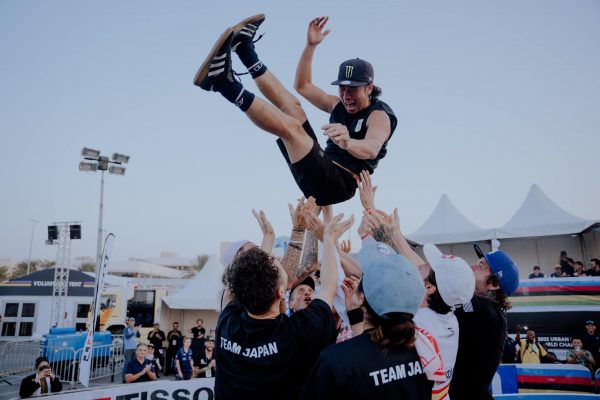 What a great week it has been out here in Abu Dhabi, for the UCI World Championships, As any of you already know, the humidity/condensation in the evening delaying the schedule on Thursday. This made Friday an action packed day with Mens Elite semi finals 12 riders down to 8, Women’s Elite finals with the final 4 females, followed by Mens Elite finals.

The whole event was live scoring, which in my opinion is so much better not only for the crowd and riders, but also for the judges as you can see the ranking so much clearer as you go through the rider list.

Friday morning it was semi final with a 9:30am start, it was an early start 6:45am breakfast followed by a quick swim in the pool before heading down to the contest sight at Nation Towers. Semis always feels the toughest round, essentially it’s like a dog fight to get to finals with 4 riders not making it in such a high level contest.

Moto Sasaki, Viki Gomez, Masato Ito in particular all had great runs to get their place into the finals later on in the day. With Moto holding onto the top spot from the first round, quite an achievement in this level of competition. Could he hold on to that lead in the final, who would step up their level to take him out I wondered… 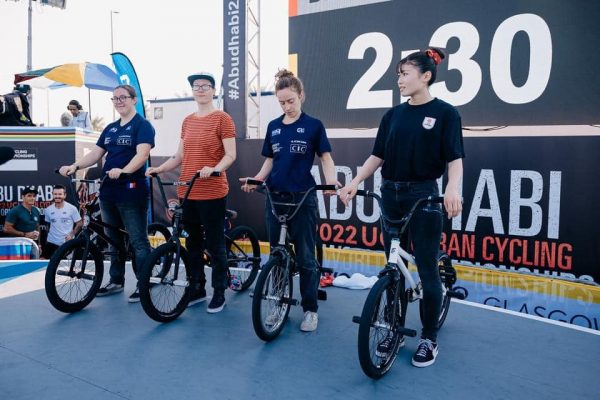 Womens Elite finals were up next, and Aude Cassagne had the run of her life to take the Womens Elite UCI World Championship title back to Southern France. Her level was really high, with Messiahs into lines, Cliffhangers, spinning hitch to steam, switch for steam pivot to steam, and just falling on a switch foot steam bar flip to pedal steam. It was a well deserved win, what a couple of days for her. Being announced on the Heresy team the day before, and then to take the rainbow jersey. Wow! The riders were stoked, it was really heartfelt moment to see all the riders celebrating with Aude. I thought her brother, Max at home and how pro he must have felt at home watching.

Aude was followed on the podium by Autum rider, Julia Preuss, who pulled smooth one handed steams, fire hydrant turbines out of combos, switch foot mega spin turbines. Congrats Julia!
The first place qualifier, Kirara Nagagawa from Japan was unable to hold onto the top spot. Riding after Aude’s amazing run seemed to phase her a lot, but she still got fire hydrant to freak squeaks, wheelchair whips in the bag. I’m sure she will be back, and was good to see her ripping throughout the week. In the fourth place, Melissa Droll from Alex Jumelin’s Fise Flatland Academy made a lot of progression since Montpellier. And pulled whiplash rate to steamrollers, double bar rollbacks, and a craved switch foot steam jump to steamroller out to finish her run. The level in the women class is going up each event, hopefully this level inspires more women to get involved… 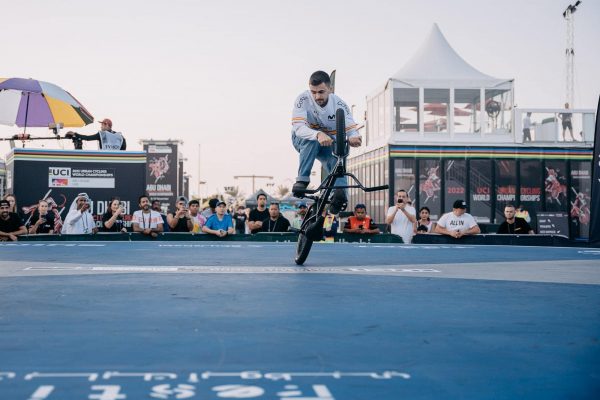 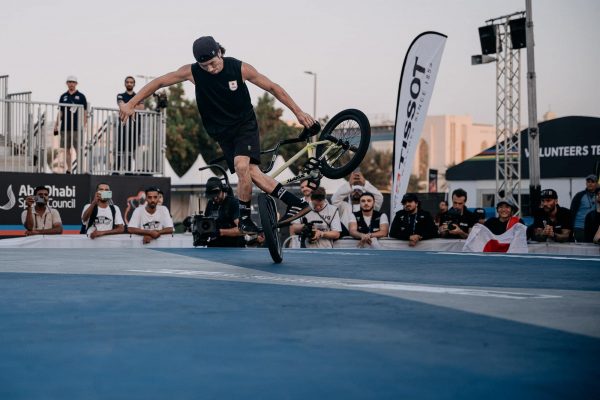 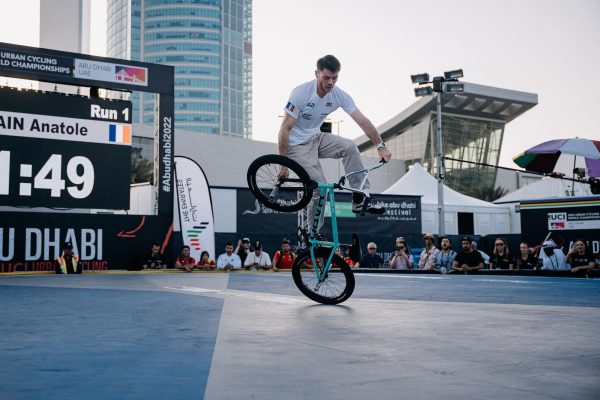 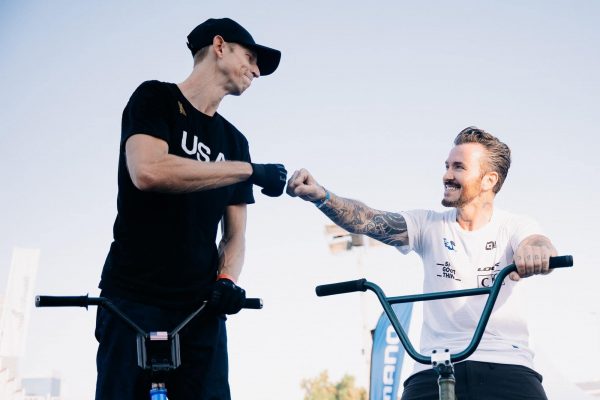 An hour and half later, it was time for the Mens Elite final. And what a final it was, with both Moto Sasaki and Masato Ito throwing down flawless runs. Team Japan dominating with Kio Hayakawa in third place. The level of pressure Moto must have had to follow Masato’s amazing performance must have been though the roof. Moto was able to stay calm and keep the tempo high throughout the run, hitting everything with so much style and finesse that come to expect from Moto. After getting bronze, and silver in previous years it was fitting here that Moto was crowned the 2022 UCI World Champion, he was in tears when the score was announced. Magical moment! 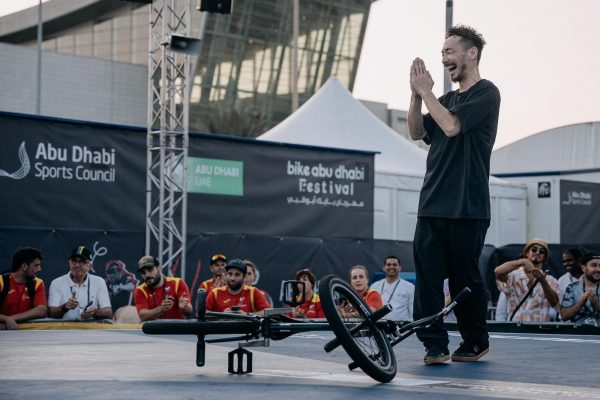 Big respect to Masato stepping it up for the final, combo’ing the Edgar pedal time machine pedal junkyard perverted out! So much style, power and authority in his riding. His riding has really benefitted from the coaching of Martti Kuoppa! The X games gold medallist, Kio Hayakawa seemed a little off all week, and wasn’t able to throw down like he usually does. Nevertheless the level of difficulty and originality in his riding is so high, what he did hit deserved his podium finish.

That’s a wrap on the UCI World Championships, it was a new experience for me like I said before in previous repo to be head judge and be over seeing the judges scoring, checking for no ties. And the big one for me, not scoring myself. Valuable experience that I am very grateful for, the final will go down as one of the best in history. Goosebumps…

It’s time to go and watch park finals, heading home tomorrow. Thanks to everyone who helped make this trip possible. And you the readers of FM for tuning in, hope you enjoyed this breakdown..