Getting back to some kind of normality after a busy weekend organising the King of Concrete at Southsea Skatepark, along with the UK Vert Series team.
Congratulations to Dimitri Tardif who made the trip from Normandie, France and won the Pro Class with some awesome rocket hang five variations. Jean Michel Chauvel, also like Dimitri came from Normandie also and took first place in a stacked expert class with an amazing run full of originality, and second in the pro class.
In the Under 13’s, Arthur took the win in his first competition with a great run. The weekend was a big success and definitely had the feel of the classic KOC’s, great to see a good turnout particularly in the Am and Under 13’s classes. Full results below, photo galleries to follow in the next few days, I am absolutely shattered. Big thanks to Four Pegs for sponsoring the event! 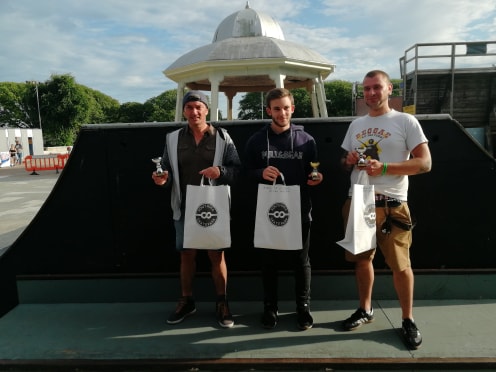 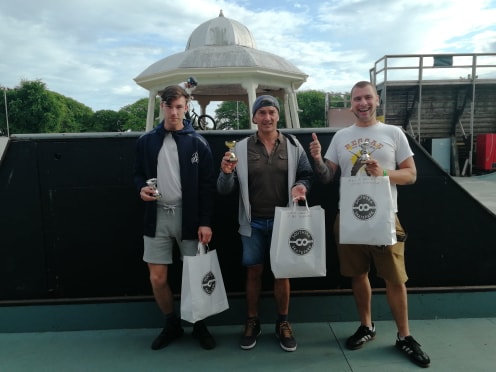 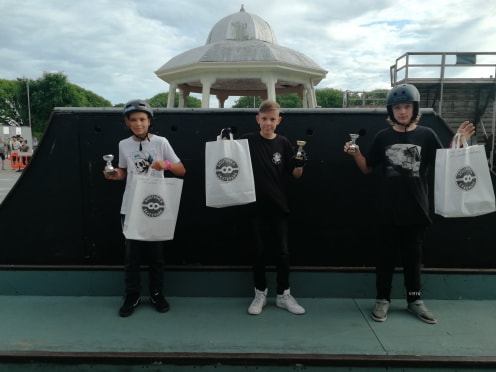