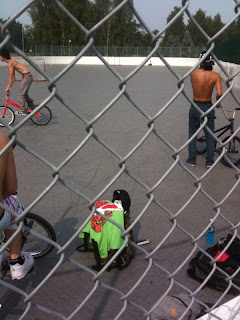 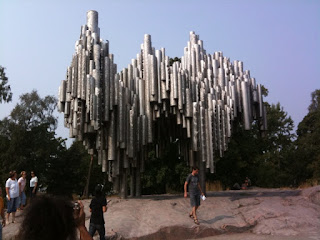 Sunday, Day 3 of my trip to Helsinki, seriously why hadn’t I been here before, I kept thinking that the whole trip! In the morning we heading to a burger joint, via a sightseeing tour of more Martti’s riding spots and some wild monuments (see above), he showed us the famous white room spot, and a few old spots where he filmed for intrikat. I personally love this kind of stuff, bit of history is great! He also showed us a new spot thats hes yet to ride at, which was two basketball courts facing back to back to back on each other, the ground felt so fast! The man is spoilt for riding spots, no joke! After breakfast we headed to the spot for the day (or so we thought), the riding spot was a huge hockey pitch, super fast ground, sadly there were hockey players there this day, Martti called it “the whiplash spot”, and opened his session with over ten as a warm up, i gave up counting to be honest! Moto and Ikeda continued where they left off the day before with new tricks session, aboutr an hour into session behind the hockey goals, Martti decided to take everyone back to the basketball courts, and jam there for the day.. 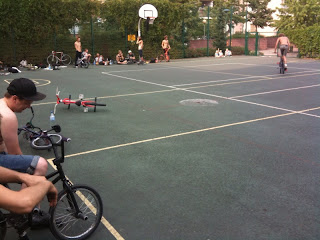 The whole day was super laidback, with riders sessioning at their own freewill. Some riders went swimming as it was so hot! Others like me, sweated it out all day at the spot. This day was awesome, as I got to ride with Timo Lanki, was great to see him riding and ripping. Timo has the skills! Much respect to guys who have been in the game for over double digits! Super smooth gliding no handed switch-b’s a’la Pete Brandt back in the day (Reality Tv part 1), love it! (see below). 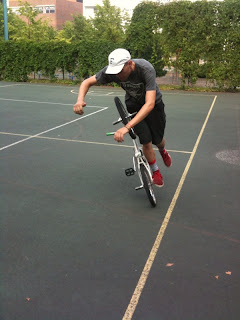 Bert and Aleksi had a nice session in the corner of the basketball courts, Bert was working on pedal rolaids, and hitting all kinds of whopper variations, and Aleksi was doing a really nice slowed down yammer spin direct to x foot halfpacker (see below), super hard combo, with really smooth style! Anything with x foot halfpackers in it is sick in my book. Hope to see more from these two riders in the very near future! Keep pushing guys!! 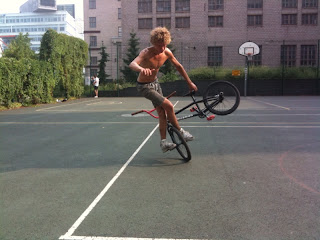 Martti rode a lil bit this day, and pulled loads of mega spin whopper mega spin combos, by the time I got my phone out to film, he was pretty tired. But managed a nice mega spin whopper mega spin to perverted out, he just touched the back wheel, so hes letting me use that one! You will have to wait for further footage on his solo dvd, its gonna be nuts!!! The day pretty wrapped up after we shot the video clip. And we headed to the afterparty for groundtactics, as part of the urb festival. It was located at this huge house, right by the river, lovely setting, sun was shining, food was laid out, tunes were blasting, really cool end to a rad weekend in Helsinki, Finland! 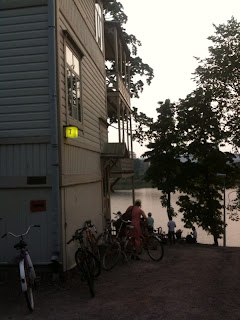 The mc, Michael Black Electro (see below) had me in stitches with his freestyles throughout the night, a crazy storm swept upon us in an instant mid way through the party. Never seen anything like it. Blue sky, then totally black within seconds. I guess you had to be there. It was wild! I think i freaked out Martti with my ability to know exactly when he was passing me a beer! The urb festival crew were stoked on groundtactics, we headed back to Marttis flat as i had early flight in the morning, no sleep for me! It didnt matter. Some things you just have to say you’ve done, and now I can say it! I’ve been to the home of the boss! And i will definitely be going back! Ground fucking tactics! What a success! 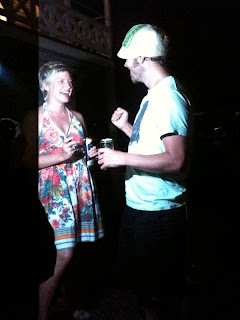