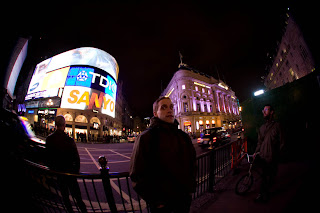 Chances are if you have been to any international contests you will see Martin on the sidelines shooting photos or video getting ready for his next update, Martin is the face behind www.global-flat.com, without further a due lets get this “last times started”. Interview soon…


Last time you rode: last weekend. Indoor jam in Göttingen, Germany .. and it was really cold 😉

Last time you rode outside: at least a month ago. It’s a damn snow desert ..

Last trick you learned: halfpacker .. finally .. still need to figure out how to get in and out properly ..

Last bikepart you broke: this is a hard one .. I never really break bike parts .. why would I? haha.

Last bikepart you bought: some cheap black pedals because I couldn’t stand the look of the purple ones anymore ..

Last time you threw your bike: last winter, it was a little bit scary because it flew so far .. stopped doing that afterwards. Just stupid..

Last time flatland made you smile: flatland makes me smile every day haha ..

Last contest you went to: Level Vibes! Missed most of it tho ..too much party.. not enough orientation.. stupid..

Last time you fell over drunk: technically I slipped .. but basically we German don’t do this kind of thing haha..

Last time you woke up and didnt know where you were: last week in the train ..

Last time you were jetlagged: last spring when I came back from New York .. but it wasn’t that bad .. just try to avoid sleeping in the plane ..

Last time you were at a pub: December in Bedford, UK. Really nice place with live music but I don’t remember the exact name..

Last time you made a jaiger meister: how do you make a jäger meister? It’s sold ready to drink in a bottle? Can’t remember when I drunk that stuff ..

Last time you hung out with Mike S: November, at the Zupermarket Flatland Jam in Trier, Germany. Michael, Pascal and I went there together by car from Cologne. Pascal is the worst driver in the world .. sorry! haha…

Last flatland dvd you watched: watching Impulsivity over and over again ..

Last time flatland made you angry: I spent a few minutes thinking about that one. It never seriously makes me angry. But sometimes you can get pretty pissed if that bike doesn’t move the way you want it to haha ..

Last time you rode in the wet: must have been in December, just before that wet decided to turn into a solid layer of ice and snow!

Last time you got the munchies after a nightout: it’s all about self control..

Last time you used “sat nav” on you car: 2 weeks ago when we went snowboarding. Unfortunatelly the sat nav stopped working on the way back .. it’s just entertainment electronics after all .. 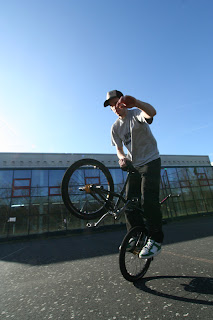