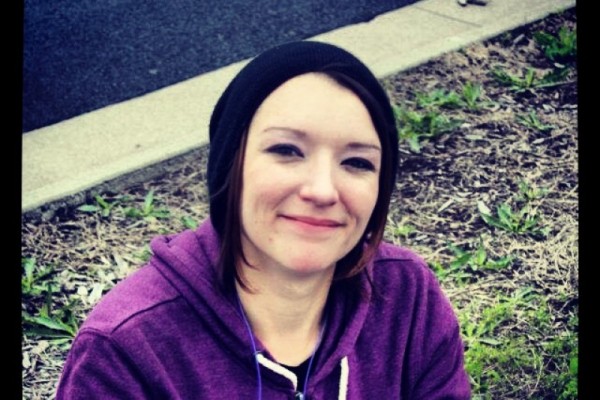 If you follow Lea Marie McNoldy on social media you will know about her continuing battle to fight cancer, Malignant Nodular Melanoma has left Lea unable to work, she had to give birth seven weeks earlier for the babies safety. She faces some very serious surgeries and treatments ahead and needs help. Read on and hear her very sad story. Donate if you can and help Lea’s fight (link at the bottom of this post).

Malignant Nodular Melanoma ( at least stage 3c) has left me unable to work, with a son born 7 weeks early, very serious surgeries and treatments ahead of me, insane battle wounds from surgeries already received, and at a loss financially. I am asking for any help at all. Every single donation, no matter the size, will be very helpful in the next year as I begin treatment and additional surgeries for cancer, and for allowing me to rest when the lymphedema flares up. I need to fight as hard as I can for my infant son and my family. I need to live so I can be here for his life. While some believe me stupid for putting my life at risk to save his, I believe I did the right thing. However, now I need to ask for help to care for myself. Before I ask you for that help let me tell you my cancer story and journey through life threatening melanoma.

In May 2015 I found out I was pregnant. I was so excited and happy to be welcoming a new baby into this world especially since I had lost two pregnancies in the past. Finally I was having a healthy pregnancy, or so I thought. When I was about 14 weeks pregnant I saw a dermatologist at Metro in Cleveland, Ohio. I made the appointment because I had what I thought was a mole ( turned out to be a tumor) growing and changing in my pubic area. I already knew it was melanoma and that’s exactly what I told the doctor. He agreed that it appeared to be melanoma and removed it that day for biopsy.

I was 16 weeks pregnant when I got his call that changed my life forever. He told me I had nodular melanoma (a very aggressive form of malignant melanoma) and that I may be asked to terminate my pregnancy so that I could treat it before the cancer spread. Well, I refused that absolutely. I would not terminate my son’s life.

Later that week I met with a surgical oncologist who was a melanoma specialist – Dr. Li. He told me the form of melanoma that I had was very aggressive but he knew I wanted to protect my unborn son so we would do what we could while I was pregnant and deal with the rest once I gave birth. He told me that melanoma was an incurable cancer, I would never be told I was in remission, and that I would be getting scans to check for tumors for the rest of my life since melanoma likes to spread to the organs after sitting in the body in microscopic form spreading through the blood or via the lymphatic system. Most people don’t realize just how serious melanoma is. It is quick to spread, and it is quick to kill. It is unpredictable, and the chance of recurrence is very high for me and many other melanoma warriors.

At 18 weeks pregnant I had to get a football shaped large chunk of skin and tissue removed from my pubic area. I woke up to staples in that area (YIKES)! That scar is ugly but I see it as the first battle wound to save my life. I knew I was putting myself at risk by not terminating and doing scans and surgery right away. I knew it would spread. We couldn’t do the routine sentinel lymph node biopsy because it uses radioactive tracers that could have harmed my son. I had to wait to find out if it had already spread to any lymph nodes in my groin or leg, or to my organs.

Fast forward almost three months later and this is where a lymph node enlarged in my groin on the right side. It was relatively small but palpable so I told my oncologist. He wanted to wait a few weeks to see if it grew at all. Well the very next week another node popped up but on the left side. Then the right side node started to grow out of control. It more than tripled in size within a couple weeks so Dr. Li did a needle biopsy of the node. I already knew the melanoma spread to both sides and that both nodes would come back positive for melanoma, and it did. I had melanoma tumors growing in my groin. To make sure the spread didn’t get worse, to make sure I would be here for my son, I had to deliver him seven weeks early so I could start fighting this beast of a cancer.

At 33 weeks and 2 days gestation Maison Gabriel McNoldy was delivered by Cesarean. He came out screaming at 5 pounds and 17 inches of raw fury. He was taken to NICU which was his home for the next two weeks. I finally got a PET scan a few days later and both groin areas and thighs lit up like a Christmas tree on the scan. The following week I had a lymph node dissection of the right groin and thigh (where the doctor removed all the lymph nodes in that area along with affected tissue and skin). The picture below is the incision of that surgery- 41 staples later. The tumors on that side were matted and were invading surrounding tissue and skin. This put me at stage 3c. Sadly, I quickly developed lymphedema (horrendous and very painful swelling of an extremity) which is a consequence of removing lymph nodes that had been daring fluid from my leg. This is a very painful condition that cannot be cured and makes it very difficult and painful to walk. However, I have a new baby at home so I have to deal with the pain to care for him.

On February 10th I will be getting this same surgery but on the left leg. I am hoping I do not develop lymphedema in that leg too. I am already going to be out of work due to healing time. Additionally, the lymphedema, during flare ups, will cause times where walking and standing long periods will be too painful to allow me to function and work like the average person.

After my next surgery I start a clinical trial of immunotherapy that will compare the two treatments approved for stage 3 melanoma. A computer will decide if I receive Yervoy (for 3years) or Interferon (for 1year). Unless by the time I am done with the second surgery the melanoma has spread to my organs putting me at stage 4. If it has I will have a different immunotherapy treatment. Additionally I will be receiving radiation because the cancer spread to tissue outside my lymph nodes.

While some people are able to work during treatments a lot of people going through these, especially interferon, cannot because their bodies are too ill and fatigued. Not to mention pain from lymphedema since it adds to the fatigue and overall ill feeling.

I ask of all you kind and wonderful people to help me. I am not one who likes to ask for help. I barely ever have. However, with a son who was born early and needing extra love, with the pain and swelling of lymphedema, and with the hardship of cancer and cancer treatments, I bare a great financial burden. This is the first time in my life I have ever felt the need to ask for help from others in such a huge way. I need to care for my son while I save my life. I will have expenses and bills I won’t be able to afford along with medical equipment that won’t be covered by my insurance. I will need as much rest as I can get especially with a newborn. I won’t able to work like I used to., if at all, either. This is all so very overwhelming. I am truly terrified for the first time in my life. I need support like I have never needed it before. Therefore, whether family and friends, or absolute strangers, I ask you for your help. Anything would help me and my family. I will be applying for permanent disability but it takes some time to get the first check. Sometimes even people with advance cancer have to reapply before being accepted. Between now and the first check, if approved, I will be in serious financial need (I have only a small amount saved because I thought I had more time before Maison arrived).

I hope that I can receive the support (mental, physical, and financial) that I need through this extremely difficult time. Normally I Would be able to work an extra job, or any job for that matter, and be able to take care of this alone but unfortunately this cancer has left me without the ability to work for awhile. I appreciate any amount given. I truly do. It means the world to me that anyone would willing to help and donate to me. I thank you now for any donations made and to anyone who helps me share this fundraiser along with melanoma awareness. Please, for my son’s and my sake, I ask you for help.