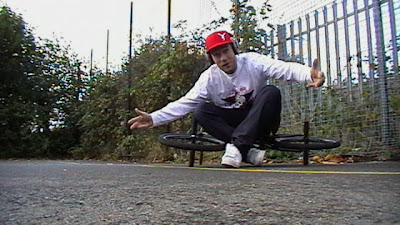 We are just under five weeks away from the return of Level Vibes, times are very different than the last time we all experienced James’ contest. With less events and no media coverage here in the uk, theres no platform for new riders to come through, the question is, is flatland dead or dying in the UK? Does anyone care? It seems us oldies do care, without further a due. Heres the James White interview, enjoy!!!

Let’s start with the most obvious question! Your not 54 like Sam Foakes put down at the masters are you, how old are you actually?
I’ll be 39 on 16th November, cards and presents welcome…The big four O next year…bring it on!!

How many years now have you been riding?
I got into BMX In 79 so it’s 30years. About 20 doing Flatland and I’m just getting started! Another 20 and I’ll be dialled.

You seem like you loving riding more than ever, what’s motivating you right now ?
Yeah! can’t get enough of it. I still get excited over new parts, watching videos etc. I’ve always been the same, it’s just that over the last couple of years i’ve been getting a little more time to ride, now the kids are at school and been enjoying a bit of progression again. Motivation comes from a new play list on the pod and no wind!!

What music you currently listening to on the pod?
DJ Knowledge, MR LIF, Rafft, DJ Roc Raider (RIP), DJ Timber, Edan, Ztrip, DJ Scream. And a dub mix that Stuart gave me that have no idea who it’s by, but I WANT MORE!!

How much time do you get to ride with parent responsibilities, and work?
I get out about two or three times a week, but a session is never a certainty. 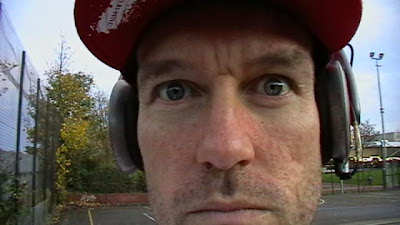 What does your job involve?
Work!

Great insight on your job James what do you actually do for all those that don’t know?
I work for the queen!

Level vibes is 5 weeks away, tell me a little bit about the idea behind it coming back.
THE TIME IS NOW FOR UK FLATLAND TO BE REBORN. Be part of the revolution!! No longer will we be known as the freaks with curly frames. This is the beginning of the future. Come witness the birth 06/12/09 Crayford.

Yourself and phil have that timeless rolling style going on, where do you see your riding going?
Don’t know but i’m looking forward to it.!

I noticed you cut down a lot of the pumping in the last edit you did?
I’ve always tried to cut the waste off links whether it was scuffing pumping or time between each movement etc. I suppose the ultimate goal is to glide through the link without the pump/momentum being visable at all.

The banter with yourself and phil is non stop, what’s your funniest story with stitch ups you’ve done so far? The fag butts in pegs story is a classic..
I couldn’t do it justice in print.. Phil is an easy touch… Lets just say it’s about 50 nil to me!

It’s very motivating I think for the scene in general, that you got invited to the world classic in Tokyo, are you going?
That trophy is comming home to the UK baby. Long live the queen!!

What’s your fondest memory from level vibes?
It’s got to be when Martti was there. I had goose bumps watching him and everyone was going off.

Do you think flats dying in the uk?
We’ll see on 6th Dec.
But i do think flatland is in danger of beng swallowed up street in this country. Street riders are bringing more and more flatland into the mix and we are doing more street style tricks. Are we on the verge of a complete cross over like what happened with freestyle skateboarding? Are we going to do a complete circle and be BMXERS again?? Good thing? Bad thing? Does it really matter? The important thing is we have fun and try and show how flat tricks are COOL! 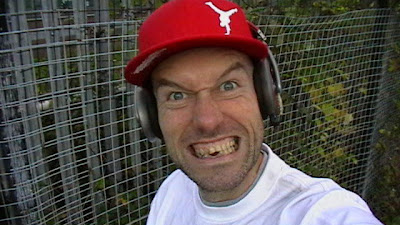 Do you think in some ways big prize money events spoil the roots of flatland riding, Level vibes for example is grass roots, and you still get big name riders in attendance going off?
There is room for both. Money is a necessary evil, it’s a strong motivation. I think it’s important big comps/prize money are being put on to make the sport look professional.

With the whitey whopper approaching its first anniversary will it ever reappear in the whitey arsenal?
I’d like it to, but it’s hard work for an old man! I don’t think i’ve tried one since that day. I have quite a few whopper type ideas but I never pratice them. Never say Never though!