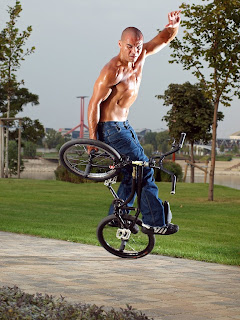 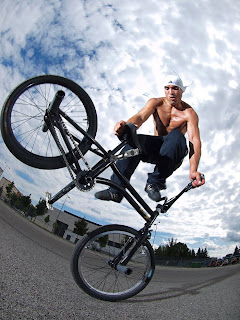 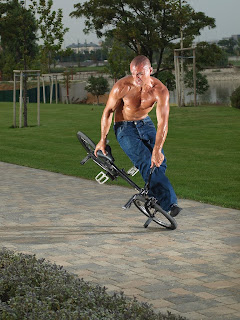 A new column for flatmatters, “last times” will be varying rider to rider, bit of lighthearted fun, you may be the next victim…Up first one of the best guys in flatland, Mr Badman…

Last contest you rode in: Newcircle DownUnderground in PerthLast place you travelled to: MelbourneLast time you partied: Last nightLast trick you invented: Back wheel 360 barflip jump to crackpacker – maybe someone did it before me, I don’t know???Last online post you did: Too many on Newcircle to remember… but I think it was pt. 2 of SEVisual’s Carhartt Flatland Roadtrip in 2009.Last tv programme you watched: TV?What’s that??Last time you cried: Last night when I had my 4th flat tire in aboutan hour & I ran out if patches & tubes..!Last bike product you designed: Colony Cube frame yo!Last video you downloaded: Balazs Ivanfi “The Wall” from the O.Gsite. If you haven’t seen this, it’s INSANE!Last time you went to the beach: New Years – Frazer Island inQueensland, Australia. It’s where God comes to chill when he’s intown 😉Last time you did a double decade: Whoa… When I had back brakes..so maybe around 2000??Last time you smiled: When I got up this morning & saw it was goingto be a warm sunny day… wait, it’s like that everyday!Last spot you rode: Some new spot we have about 15mins from where I live… it’s the equivalent of 9 tennis courts in sizeLast email you sent: Sorting out an order for NewcircleLast food you eat: Sizzler – all you can eatLast time you rode with someone: Today… cheers Twaffy & Ronnie!Last time you danced: errrrr…. work Christmas party I think… definitely had my wiggle on haha..Last time you kissed a girl: Hmmm… would be a while now!Last time you threw your bike: Also last night after I got my 4th flat tire in an hour & ran out of patches/tubes. It wasn’t a great session to be honest.Last time you worked out: Does riding flatland count?Last time you checked flatmatters: Would of been an hour ago to check the Cory Strat – Old School Sunday’s postsLast time you had a fosters: haha I was waiting for this! E it would of been that DnB night that we were all at in Southsea somewhere in 2007… whoa that was nearly 3 years ago!!Last time you wrestled a crocodile: Only Steve Irwin wrestles crocodiles (R.I.P)… the rest of us just run haha..Last time you said G’day: Two hours ago when I got home & saw the neighbours! They were cooking shrimps on the barbie mate!Last time you watched Neighbours: 2002 I think… when they had some guy doing the story writing who was into BMX & was naming the characters after riders (ie. Taj) & also had BMX included into the plot… sick!

One thought on “New: Last times with Shane Badman”