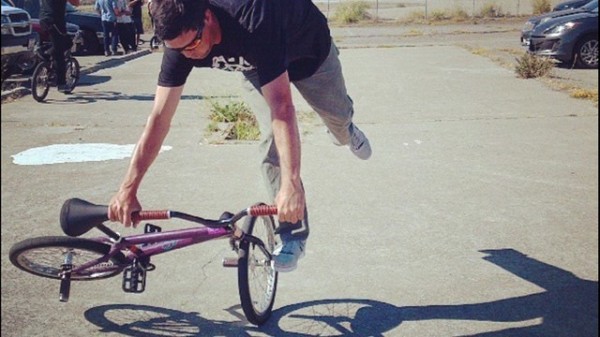 On August 18th, 2013 at the Sonoma Bike Expo in Santa Rosa, Ca., life-long flatland BMX rider, Jorge Luzuriaga, was assaulted and beaten badly by a handful of thugs. After being hit on the head and continued to be beat, kicked and punched, Jorge was left unconscious in the street with a multitude of broken bones, kicked in teeth and a dislocated shoulder.
With the beating, the thugs stole his new phone, camera, camera equipment and his beloved flatland BMX bike.

I have met OSG many times on my trips out to California. One of the nicest guys, he is a true rock for the Nor Cal BMX Scene/Community.

His close friends have already raised $934. If you can help, hit the link https://fundrazr.com/campaigns/2aE5c