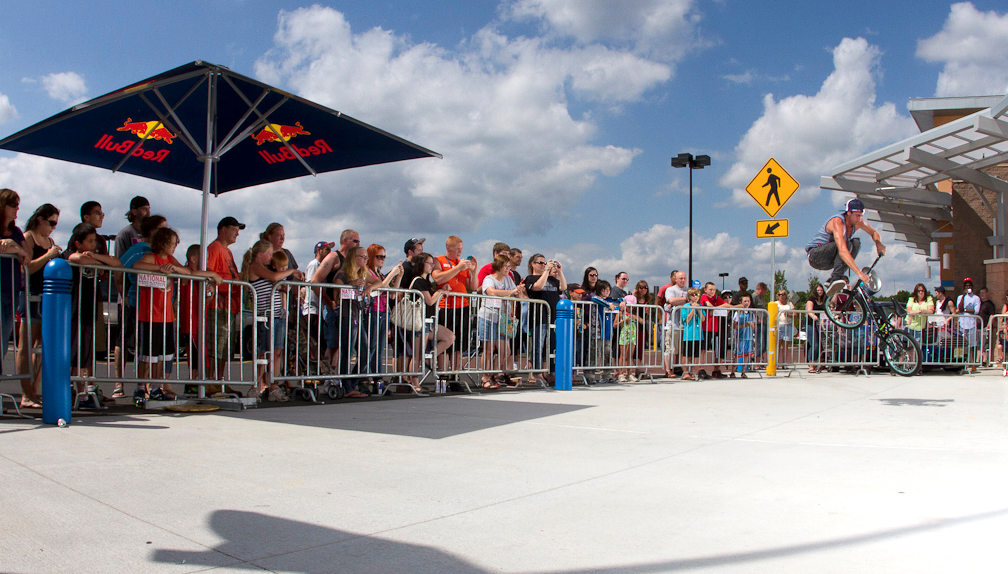 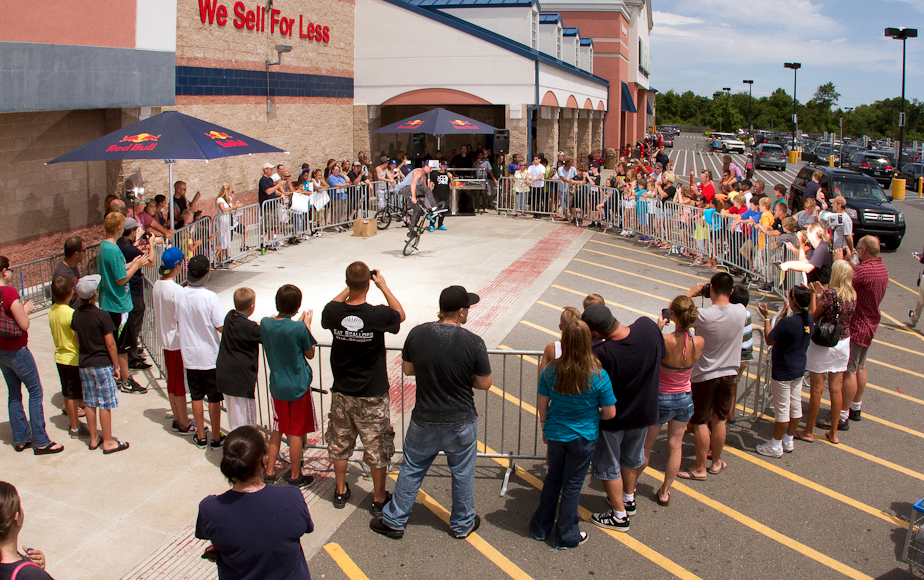 Terry recently did a Wal-Mart tour in NJ and brought a few Flatware Waltz complete bikes as giveaways! There’s a great chance some of the lucky winners will start riding flatland! Great stuff Terry & Flatware! Here’s what TA had to say!

“We basically hit 4 walmarts in 2 days doing a demo at each stop. At each location I held a twitter contest and the winner was award my signature complete
“flatware waltz” bike at the end of each demo. It was so rad to bring a flatland show to a unique place like Wal-Mart & actually give back to BMX in a big way by giving away a legit complete bike at each stop. I have attached some dope photos from the tour encase you are able to post something on your sites/blogs that would be awesome.

Thanks to RedBull, My MC Scott O’brien, & Odyssey, Flatware, for helping make all of this possible… ”