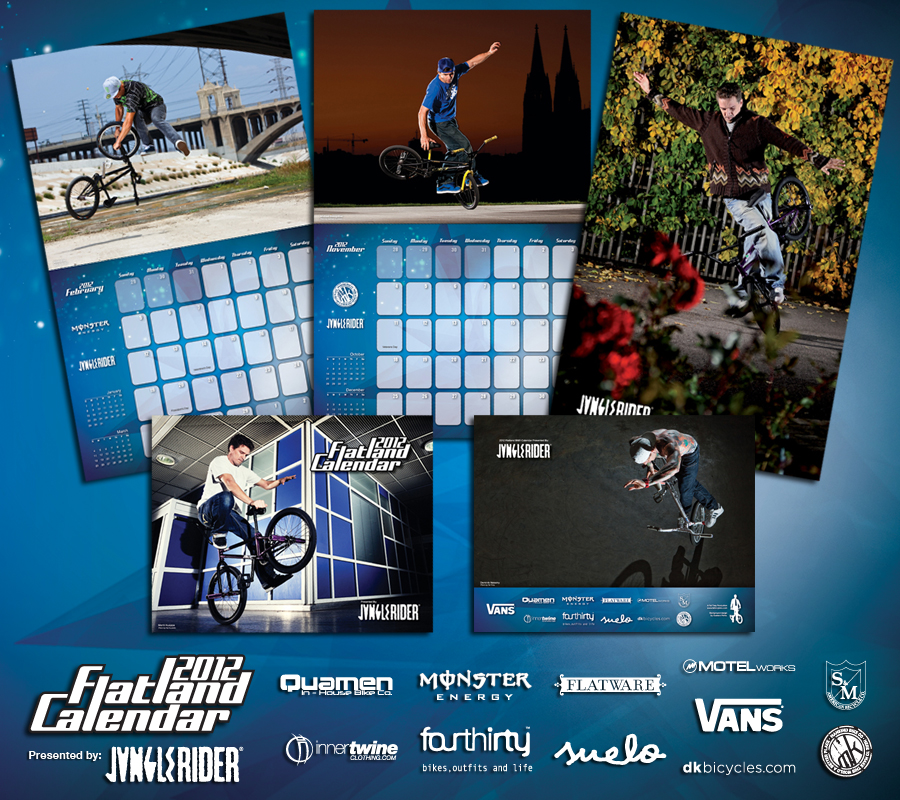 Free 2012 Flatland BMX Calendar Presented by Jungle Rider Now Available at Flatland Fuel
For the fourth year in a row Flatland Fuel and Fat Tony are proud to present an exclusive Flatland BMX Calendar. The 12-month 2012 wall calendar features 15 original flatland photos of riders from eight countries shot all around the world. Each month showcases a different rider in a unique location including Japan, Finland, Germany, England, and the U.S. In addition to the twelve months, there is also a bonus poster so you can keep flatland on your wall even after 2012 has passed. As the only calendar of its kind, the 2012 Flatland BMX Calendar presented by Jungle Rider is a must-have for flatland riders worldwide.

The best part about the 2012 Flatland Calendar is that it is absolutely FREE when you place an order with Flatland Fuel! (While supplies last.)

Click here to see a preview of the 2012 Flatland Calendar presented by Jungle Rider!
http://www.fattonybmx.com/2012-Flatland-BMX-Calendar/

Check back tomorrow for an exclusive interview with Fat Tony discussing the calendar….