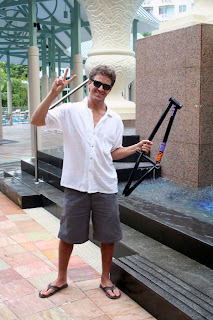 Just received the first sample of the Jungle Rider frame. I have decided to call it “WILD 1”.
Everyone can think of what it stands for. However, most of you probably noticed that a lot of the frames and other components are breaking nowadays. In fact, some of the frames are dangerously weak at some points and you don’t wish to break them so easy.At this point I should mention that Jungle Rider won’t make super duper hyper light components, because they cannot be strong enough, at least to me and to many others.
Right now I am starting off with everything step by step and really do what I can afford to do so I will release the frame and a handlebars. Design of the frame is not original but that is going to be the futures standard for strong frames. And actually, I really like the outlook of simple straight tube frames! 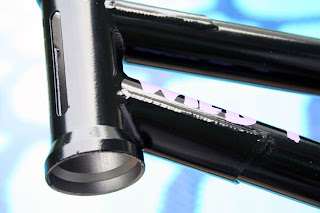 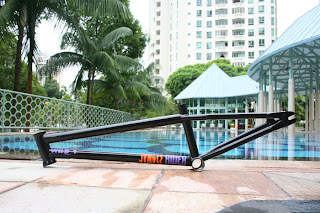 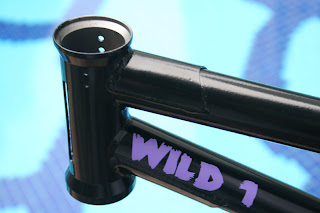 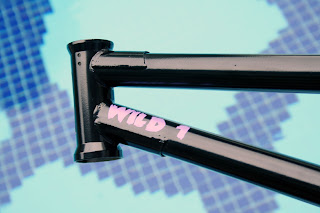 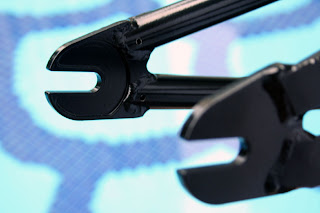 Besides bringing in another flatland company to the market I do have a good thought behind it all. I want to make my company more like a movement to support flatland scene, yes, the existing one, I am not going to make the scene bigger, but I want to support the existing scene by donating certain amount of each sold frame to the winner of the Ground Tactics project. At the end of the day at least I am able to pay that plane ticket to a pro competition to him later this year.
And if things will go bigger, year by year I am able to offer better prize for the riders who attend Ground Tactics.
Yes, I am building a new sponsor for the scene.

I will start testing soon and I will have Toon from Thailand who is riding hardcore and probably 4 times more than me testing the frame for 2 – 3 months. Then we are able to tell if it is strong enough to release.

Until then, stay pure. That’s all we got!


PS.. This is my first signature frame!