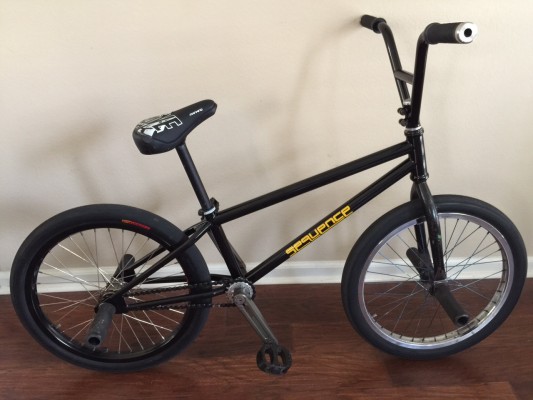 I caught up with Aaron Frost at Sequence recently to discuss his new frame project that I spotted on his FB page. Naturally I was curious as to what’s he’s up to and to find out some details about this project. Read on:

Aaron I just saw you are making frames? Under the Sequence name, what’s the deal?
Well I had a good friend of mine, whom coincidentally made all the various Sequence handle bars, ask me if I was interested in designing a frame. That friend is Matt Buentiempo, owner of Livin Metal. He has been building frames for himself and a handful of friends so I didn’t want to pass up an opportunity to get a handmade frame to my specifications.

What are the specs of the frame?
While keeping in mind I run zero offset, I decided I wanted something that would feel similar to a normal offset. I kept the back end short but went with a 20.5″ top tube. The back end is 12.4″ slammed but can be run all the way to 13.0″ if desired. Mine is currently at 12.75″. I went with an average head tube angle of 75 and a 69 deg. seat tube angle. I decided to run a mid bottom bracket and it sets at 10 inches from the floor to the center of the BB. We used double butted tubing with it being tapered for the seat stays and chain stays. 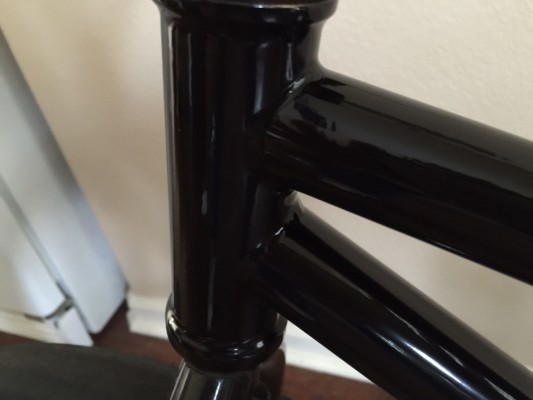 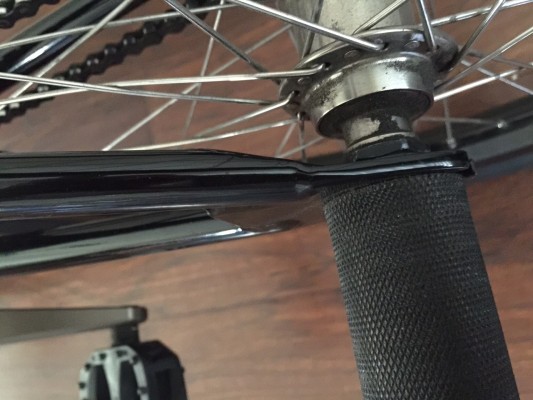 I always thought you would make a frame, as your parts are widely used within the flatland community for years. Firstly what’s taken so long, and why now?
As most people know, my first frame sponsor was London Bikes followed by St. Martin and then Sick Child. I was always content with running a parts company while riding for a frame sponsor. Frames are so subjective and can vary dramatically. I didn’t see the point in making frames while the market was both saturated and while being content with what I was using. I wanted something longer and after Matt asked me if I wanted to design a frame I decided why not? I have done a lot in the industry and have been riding longer than some pros have been alive…. lol. What I am saying is, I at least have enough experience to decide what I should be riding. If others like the design…. even better.

What are you looking for in a frame Aaron?
Function first while hoping the aesthetics are appealing. Clean welds are a must. I wanted blended tube to dropout junctions for clearance. I personally needed more room up front because I run zero offset; however, if enough interest is expressed I can make a shorter version. That said, the back end is short and will remain that way. I wanted moderate angles with a decent sloping top tube. It was also important to have smaller tubing for the front triangle, which is 1-1/4″ OD.

When do you think the frame will be available?
It wouldn’t feel right releasing an untested frame prematurely and I won’t move forward without the flatland communities interest. Frames are expensive and it’s a big investment. If things work out with testing and my manufacturer…. I could see a 2016 fall release. 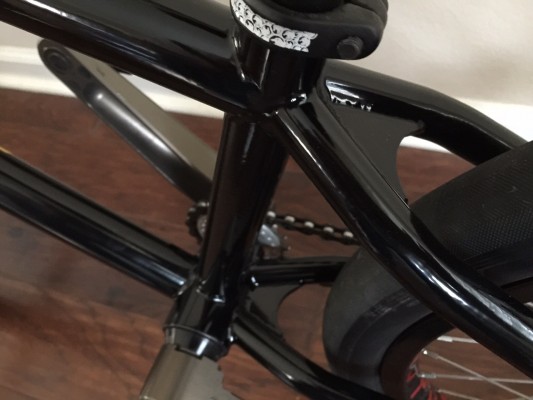 Where are the frames being made at?
As previously stated, my friend Matt built this one and my intentions are to have him, Livin Metal, build a production run if things work out that way.

Anything else you want to add to this Aaron?
I was tempted to keep this whole project quiet till testing was complete; however, I think the results from exposure will help determine the direction of the project moving forward. I am working on some other projects involving Sequence for 2016. I had a horrible experience with overseas production in 2014 so I can assure you…. anything I do will be made here in the United States. I would like to take the time to thank Matt for doing such an awesome job on this prototype! If anyone has any interest or questions please feel free to ask here or contact me through email: sequencebmx@gmail.com

Thanks for your time Aaron, good luck with the frame project!

8 thoughts on “Aaron Frost and the Sequence Frame!”