This past weekend, the annual York jam went down in PA. Plywood Hood, Brett Downs was on hand to let us all know what went down. 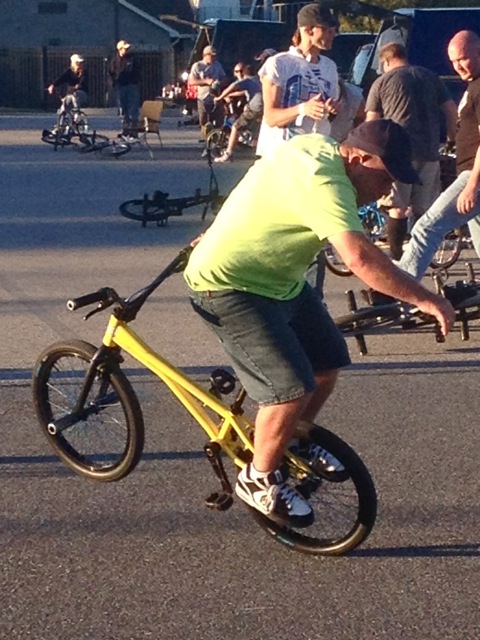 As I was driving home last night from the 2013 York Jam, it was a quiet drive with my sons both completely passed out from a full day of BMX and fun. It gave me a moment to reflect on not only the day’s events but also the history.
The first Jam we held was in 1990 and purely based on the lack of contests bringing riders together. We missed our friends and wanted to see what everyone else was doing in their own parking lots. Now twenty three years later, not much has changed. There is no starting or ending time, no fees, no rules, no age classification. All that’s needed is a good attitude.
I got there early and had to leave right away to go buy hoodies for my kids due to the 58 degree temperature. That’s a first. Digger, who now runs the jam, moved the date to September and it was a blessing not to be in 100 degree heat for the first time. The dark clouds hid the sun for a couple of hours but then they parted and the temperature and the amount of riders climbed.
There were some big names like Dane, Leif, Cerra, Mc Graw and Jones there but honestly, they weren’t the show. Everyone there was the show. We all rode, jumped the little launcher down the hill, took turns on Ivan’s motorized Wal Mart mountain bike and enjoyed seeing friend old and new. DJ Mark Eaton (AKA Lungmustard) showed up with a generator and his system to add an amazing live Dorkin’ soundtrack to the day. One of the younger riders said it sounded like he was at the first York Jam because of the mix but how better to start off the day of riding in York than with Eaton’s live remix of Public Enemy? 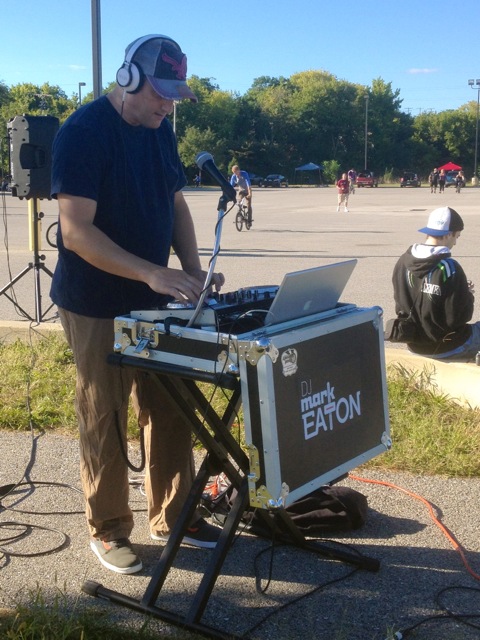 Mark Eaton was on hand all day, dropping the soundtrack for this years York jam.

Riding highlights were James McGraw showing us about 6 different coasting junkyard variations and trying a unibike for the first time (be ready for him to build his own very soon), Percy from Canada was shredding hard, fast and non stop with more energy than anyone else there. Bryan Huffman makes it to every jam and was killing it with a great mix of older tricks thrown in between new school moves. Ivan once again won the “first double decade” contest and confused many riders with his effortless style to the hardest tricks. Dane Beardsley shot a lot of video so hopefully it will pop up sooner or later. There were also about 10 kids jumping the ramp and dive bombing down a grass hill landing. 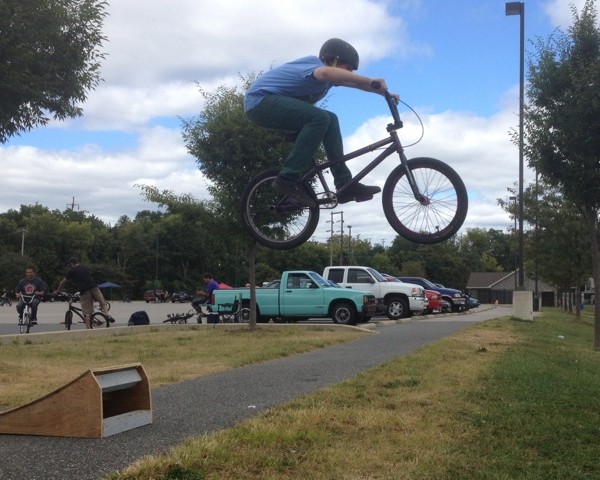 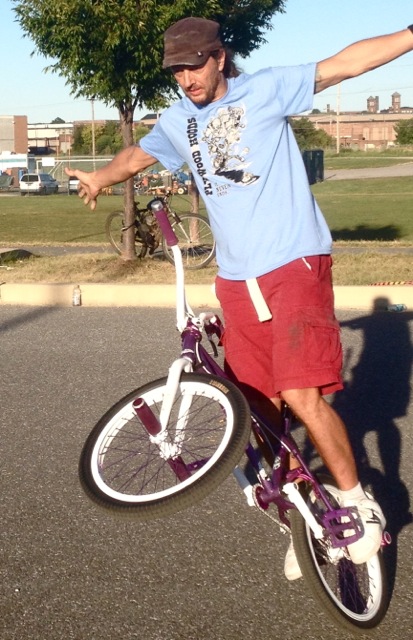 James McGraw must be clocking as many air miles as anyone this year! James made the trip to York and impressed with his bag of tricks!

So another York Jam has come and gone. Everyone agreed with Digger that September is the right month so that’s the plan for next year. When I was running the York Jam I wanted to stop because I was afraid it would slowly die down due to a lack of interest. I’m sure glad I was wrong and I hope to see you there next year.