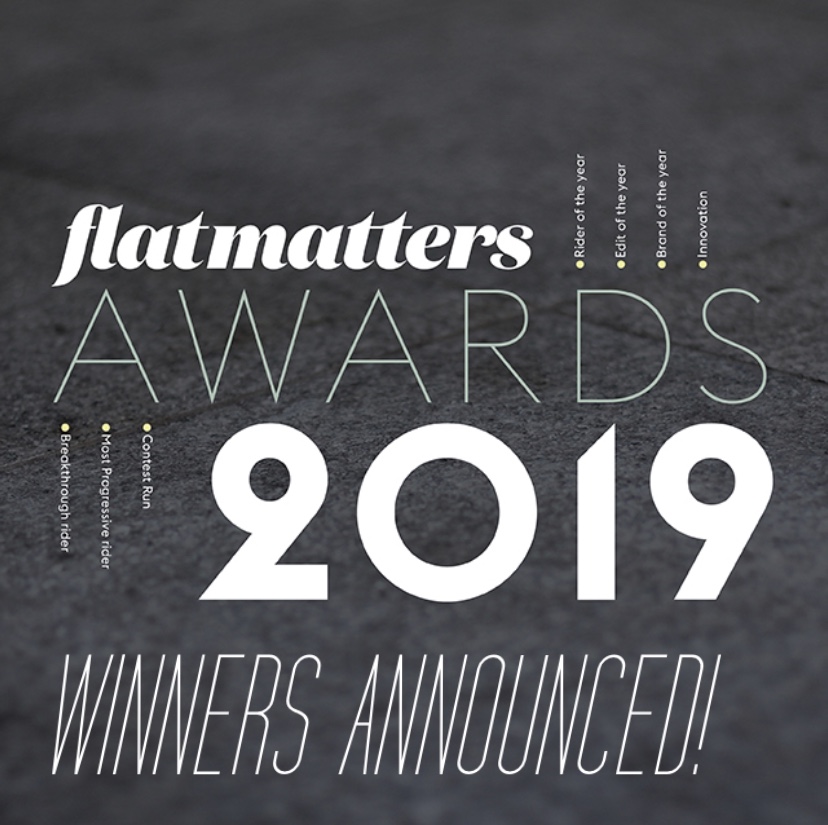 It’s about that time where I announce the winners for the 2019 Flatmattersonline Year End Awards, both in editorial and reader categories!!!

The awards are now in their sixth year, and this year was noticeable to see the efforts of many of you to get in the mix for edit of year as the deadline drew closer. That in itself felt like a win win situation for us all….

This really is a chance for me to give something more back to the flatland community, and not just award one rider with an award. Nice in my opinion to have a mix that recognise the talent within our community, without a further a due lets get right into it!

BIG congratulations to all the winners (I will be in touch!), and also everyone who got nominated. Huge honour in my opinion to get nominated from your riding peers. Thanks again to everyone in the flatland community who took the time to vote, great to see such a healthy participation for 2019!

Dane Beardsley / that and this 2019.
Runner up: Matthias Dandois / Hawaii.

Runner up: Matthias Dandois: Hawaii. 2:03.
Whips into opposite spinning fork wheelie, and casually bar scoots into backwards spinning one footed halfpacker on his opposite side with one foot under the chainring/BB into left sided halfpacker.

Rider of the Year: