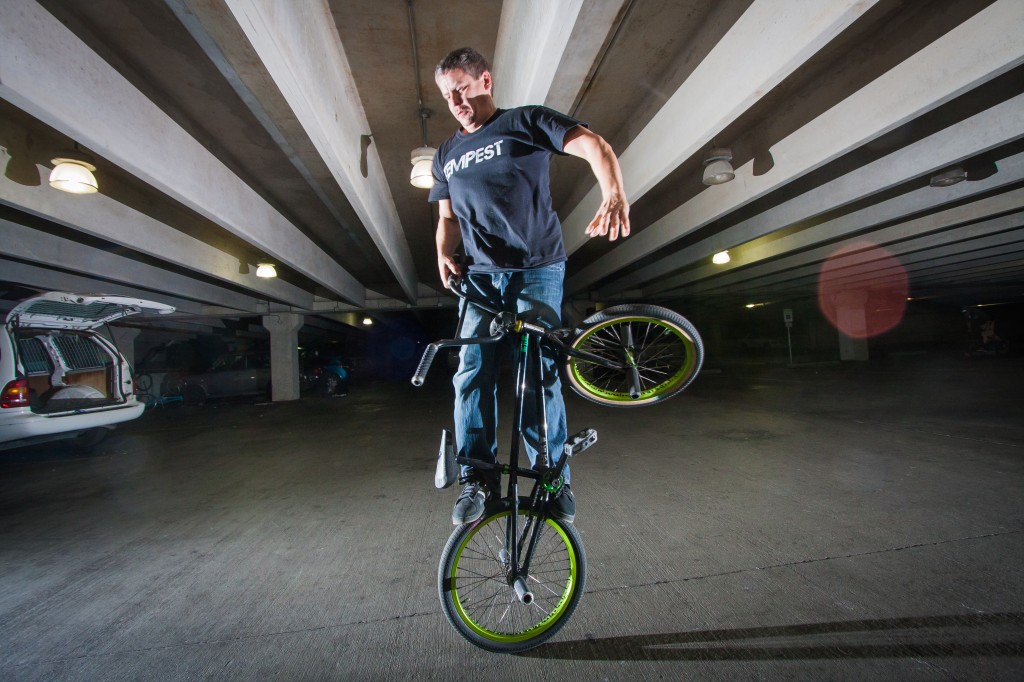 Rewind to April 6 of this year, and John Yull dropped his 3 years back riding after a 15 year break edit. Mid way through the edit… I remember screaming “Why oh why did you quit John!”…
You see I have written multiple copies of this intro, and it’s almost impossible for me to not include the fact myself and John grew up together on the UK Hutch team. The memory of John hacking across a Parisian leisure centre floor, hitting the fastest backwards whiplash (DMC style) in 1989 on this way to a Worlds title still plays in my mind like it was yesterday.
John’s 3 year edit not to mention his latest Tempest edit is a timely reminder John still has it!
Now 23 years on from John’s World title winning run, John is continuing to use that riding knowledge and is killing it more than ever, truly finding his way. Let’s get this interview started..

So John for the record, a lot of people might not know you stopped riding, what year did you stop riding and why?
So I think I stopped riding flatland around 1994 I couldn’t put a date on it it just slowly happened. I was so involved in Homeless Bikes that riding took 2nd place to making Shorts, shinguards shirts,Gyro covers & everything else we could produce for us, Play, Poorboy Allied, Little Devil & anyone else that wanted custom sewing done. We also started making frames in house for homeless & WAL. Things were so crazy back then! we would make anything! I was sewing 15+ hours a day.

When did you get back into riding and what made you start riding flatland?
So in early 2009 my wife Jessie said “hey you should get onto Facebook ” so I did and within A few weeks I was harassed by enough old riding friends (yes you too Effraim) about not riding that I was ordering a new bike from empire & so it all began!!

Riders who have been riding a long time, always seem to have what I call a “second wind” in their riding career and that very much seems to be happening with you right now, your progression and your choice of tricks points to experience, and knowledge of what has come before. Would you agree with that?
My second wind I like that, returning and staying where I left off was never an option for me. I wanted to embrace the new way of riding, but add MY personal touch to it! the fact that I can’t figure out how to pump one bloody tricks has lead me to where I am. Once the decades came I knew I had found my path and the ideas haven’t stopped coming. 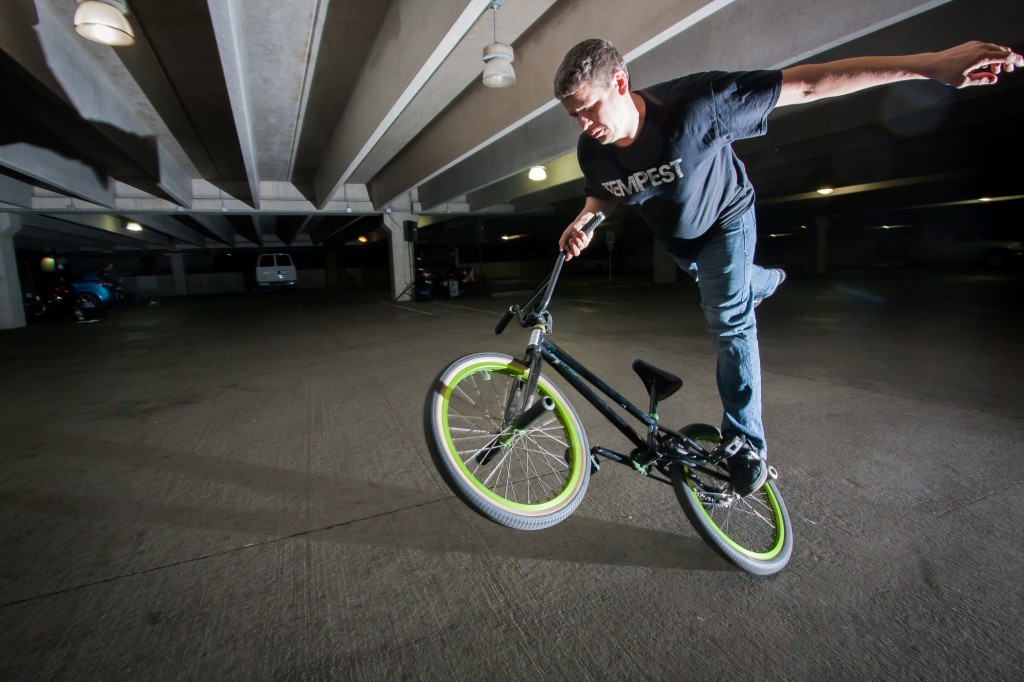 After so long out, how long do you think you have left to ride, and continue pushing yourself?
I’m only 42 and after 15 years off I see no reason to stop any time soon I have so many trick ideas in my head I never want to stop again…..

Have you found filming your riding, has helped you progress quicker?
Filming has become my best motivation I can spend hours filming for 1 trick and it’s worth every minute! Some of the tricks I’ve done on film were only pulled that one time and that is ok with me. Just move on to the next one.
I have what I call my “personal motivational grudge” my 3 years edit was fueled by this. When I was done with the edit the grudge was over and it was time to move on.

What is motivating this second wind I talk of?
To be honest part of it is to leave my mark on flatland I feel I quit before I got to show my potential. I did ride for Hutch and Homeless Bikes, won the worlds in 1989 and had a part in Homeless Trash but I never had that killer part in a flatland video or entered a USA contest I regret that!
Mostly though I really have something to prove to myself and I can’t stop till I do that.

When you started riding again, did you start again brakeless?
No I started with the front brake on but one day took it off and never looked back. Well there was that day I put it back on and it lasted for 15 minutes and then it was gone for good. I think luckily for me after such a long brake from riding I wasn’t so attached and it felt great. I do have fun every now and again riding Tod and Randall’s bike with brakes but they feel restricted to me. I plan on riding with brakes for a month this year as part of a project but it won’t last. 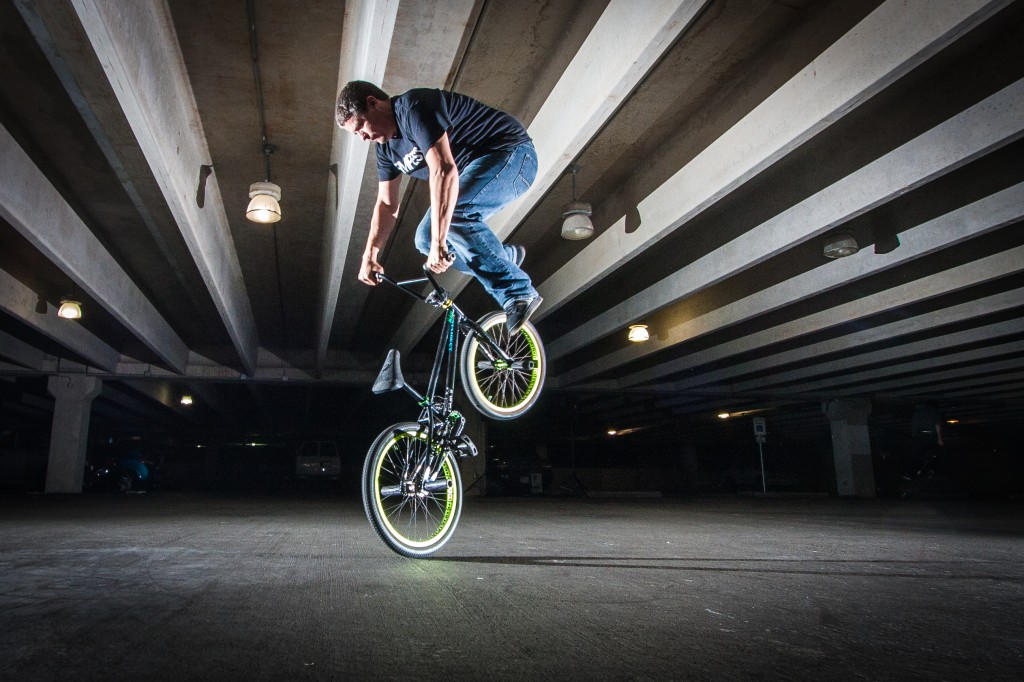 What is flatland for you?
Obsession, Passion, Frustration, Enjoyment, motivation, friendship, escape,

Describe your local riding scene, how often do you get out riding?
The OG!! I feel so lucky to be part of the Austin scene I’m surrounded by so many friends and so much talent I wouldn’t want to ride anywhere else in the world! Everyone is welcome and equal there’s no pro’s or beginners just family.. I ride every day! I’m as obsessed with riding now as I was when I was 15.

What do you do work wise for a job?
I started an Aquarium Maintenance business 12 years ago when I left the sewing job. I spend my days visiting the rich and famous. I love my job.

Being an English man how do you deal with the humid hot summers in Texas?
My first summer in Texas was 1993 I lived on Kevin Martin’s couch with Lee Sultemeier on the other couch we had no AC after that summer I was sorted. The next 19 have been easy. For riding my sessions start at 9-9.30pm it’s still stupid hot in the summer but we are used to it. I have no idea how to ride in daylight it totally screws me up. I’m known as the vampire.

How hard is it juggling family life and flatland life?
I feel so lucky that my family understand my obsession. I leave to ride as late as possible and don’t get to sleep as much as I should but that’s ok with me. If you want it enough you will find time to ride!
Thank you to my wife Jessie & my kids Stella & Lucas.

Thank you John! Great catching up! Check out John’s edits I refer to in the intro below:

15 thoughts on “The John Yull Interview!”