We posted up the official Trans jam video a few days ago, Dani King kindly sent in a lil’ press release, and some more photos as well as the full results. 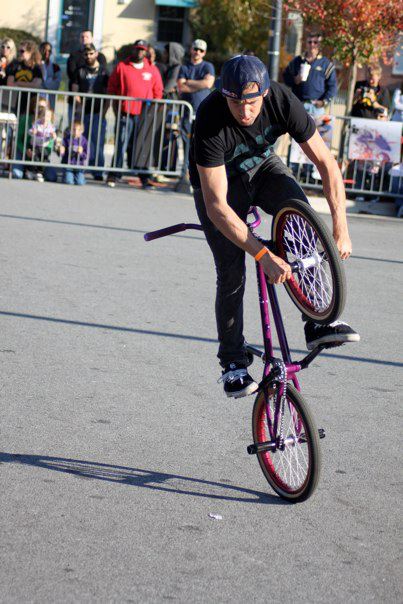 Greenville, N.C. (November 13, 2011)– The Atlantic Bike Stunt Alliance (ABSA), the operators of the Trans Jam BMX Contest Series, partnered with the City of Greenville, NC on Saturday to celebrate BMX in Protown USA with an inaugural festival dubbed “BMX Fest.” Hundreds of people showed up to Five Point Plaza in downtown, many who had never witnessed the sport live, to catch the action of the Park and Flatland competitions, exhibits portraying Greenville’s history in the sport, a vintage bike display, a BMX clinic, vendors, entertainment, and more. Riders traveled from all over the United States, including a rider from Chile, South America, to compete for $5,000 in prize money.

Keith King, owner of King BMX Stunt Shows and the ABSA, and pro flatland rider himself, was largely responsible for the event, presenting his idea of a BMX festival to the city earlier in 2011.

“I couldn’t be more happy with the turn out,” says King. “We welcomed over fifty competitors from all over for Park and Flat, and it is so cool to walk through the crowds and hear people commenting that they’ve never seen flatland before or how awesome it is to have a contest in the middle of downtown. We hope to make this event happen again for 2012.”

Pro Flatland welcomed seven competitors. Terry Adams, from Hammond, Louisiana and sponsored by Red Bull, took the top spot with his lengthy combinations and his signature trick Katrina. The smooth stylings of Andrew Cooper, from Indiana, snagged him second place. The third spot was won by Raul Isaias Figueroa Salinas, who battled his way to make it to the contest when his flight from Chile, South America was scheduled to the wrong airport…in Greenville, South Carolina. Contest organizers were able to contact riders coming in from Georgia and found him a ride to the correct Greenville. Raul’s third place win was largely credited to his very fast combinations. The full placings are found below:

“We’d like to thank the City of Greenville for devoting time and funds into a festival commemorating what BMX means to the area, 99.5 the X for getting the word out, the Hilton Greenville for putting us up, and The Other Place Nightclub for throwing the after party, not to mention the numerous sponsors and vendors that helped make BMX Fest a success.” said Keith King. “We’d especially like to thank all of the riders who traveled all the way to Greenville from places like Georgia, Indiana, Lousiana, New Hampshire, New Jersey, Virginia, South America, and more! Your support as this contest series continues to grow makes us want to work harder to expand our stops next year!” 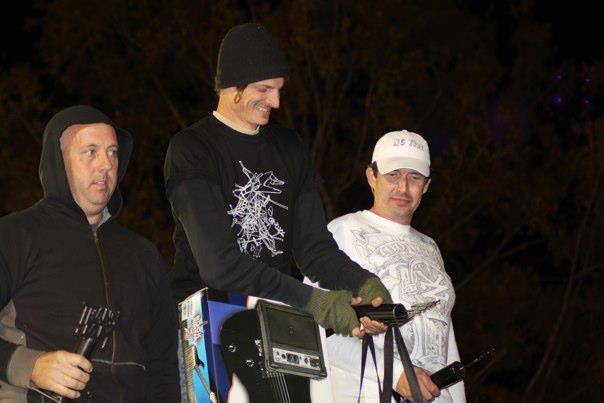 Couple of bits of footage coming through from the Trans Jam, part of one of Terry Adam’s runs and a full run from Raul Isaias Figueroa Salinas, good to hear my boy Anthony Brogden tearing it up on the mic, this event looked sick!