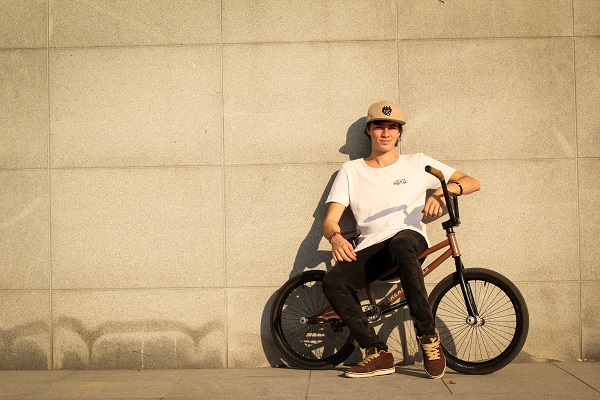 Breakthrough Rider of the year Benjamin! How do you feel about winning the award?
Hey there! Yeah I’m so stoked and grateful about it I feel so motivated to keep pushing my riding into new levels and knowing that the flatland community is supporting me makes me feel very confident about it.

What an amazing year for you, what was the highlight of the year for you?
Battle at the rockies cause it was my first contest with the pro riders and even if i didn’t did so good I think it was a great opportunity to show myself to the flatland community, a 18 year old kid from Chile competing in pro ahahah that’s a new one, also I was so happy cause the whole IGI team was together for the first time and it was in a contest.

How much of a role has Dub played in your rise in the BMX flatland scene?
Well Dub pretty much saved me ahahah he gave me the chance to get out of Chile when I was 18 to do shows in China save some money and travel, also hes the one that makes my videos and got me into FEC and IGI. Dub has been there supporting me since i was just 15 and I sucked ahahaah, not only that weve been doing a lot of trips and some contests together which was good for me cause at 18 travelling alone some times it can be hard, so yeah thanks Dub!!! 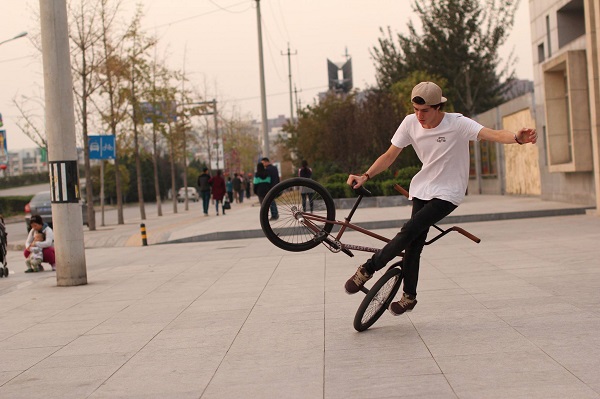 How hard is it for you to make it out of Chile to hit the international flatland contests?

It’s really hard and not only in Chile its hard in South America cause the plane tickets are super expensive to go to Europe or USA and Asia is even more expensive, it’s hard but i know it’s possible. I would really like to see Owen from Argentina,Juan Camilo from Columbia and Andres (CP) from Chile in international contest, I know it’s possible you just have to keep pushing to the end.

Can we expect you to hit the World Circuit events this years, if not what are your plans for the year?
This year its gonna be my last China contract doing shows saving some money, so i’ll ride hard and train a lot, after september i’m gonna hit as many contest as I can. But good things are coming for 2016 so you can expect me in the World Circuit next year from the beginning.

In 2015, who are you riding for?
Until now I’m riding for IGI bmx, Far East Cycles, my family and Chile, but I hope other brands sponsor me this year. 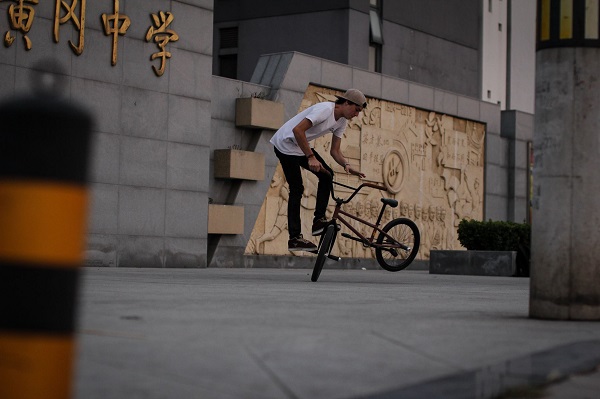 What is your advice for up and coming riders coming up in the flatland scene?
Well first of all it’s to never give up even if the situations or motivation are looking really bad just keep on going and the results will be even better than you can imagine. Also I would say that they should do their own thing and by that I mean never let yourself influence by others you can do whatever you wanna do with your bike even if the trick is not a 100% original it’s ok I think that with the time your own style will be shown anyways and thats the most important thing, at least for me just be truly honest with your riding cause thats the way that youre gonna be able to express yourself in the best way, doing that only good things will come to you.

You just home from the igiBMX South American tour, how was that experience for you?
Oh man I can fill up 4 pages of Flatmatters about it ahahah sooo many stories. What a crazy trip it last two months and every day was unique with its own story so it was an incredible experience we learn a lot of things like camping stuff, car mechanics, corrupted cops… etc it was definitely an open minding experience and I was so happy to I share it with Dub and Taku, we meet a lot of great riders in the way that helped us in the mission. In general I think the trip helped me to get over problems even if they where major ones (like a hole in the engine…) 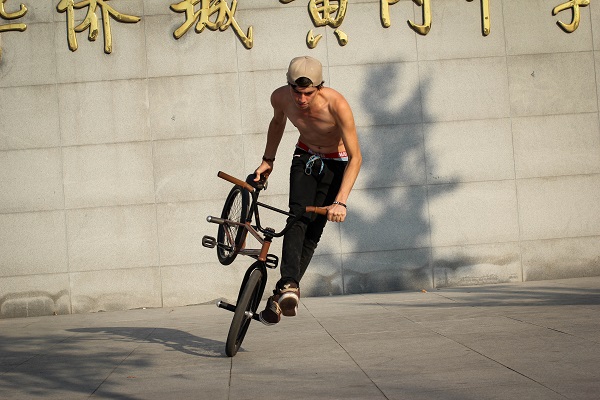 Rather than your typical ending to an interview, as Benjamin was voted by you the readers of Flatmatters. I put out the opportunity to ask him some questions to them on our FB page, only Viki Gomez got back so here it is!

Viki Gomez:
Everybody rides for different reasons. Mine is to represent Freestyle and just do whatever comes to my mind when I ride. Which one is yours?
Yo Viki! I ride because for me Flatland is the prove that its possible to do anything you set your mind to (tricks or goals) I want to go all over the world and show people its possible to live of what you truly like.

Thanks Benjamin it was great to catch up and hear your story, hope to see you at a contest somewhere soon. Watch his “Welcome to far east edit” one more time.