Dino Jeffers is a local legend. When I was growing up he was the guy representing Northern Ireland at all the European comps. After a few years back home in South Africa, Dino returned to Northern Ireland determined to help push the local scene and a few weeks ago he hosted the third annual Belfast Flatland Jam. 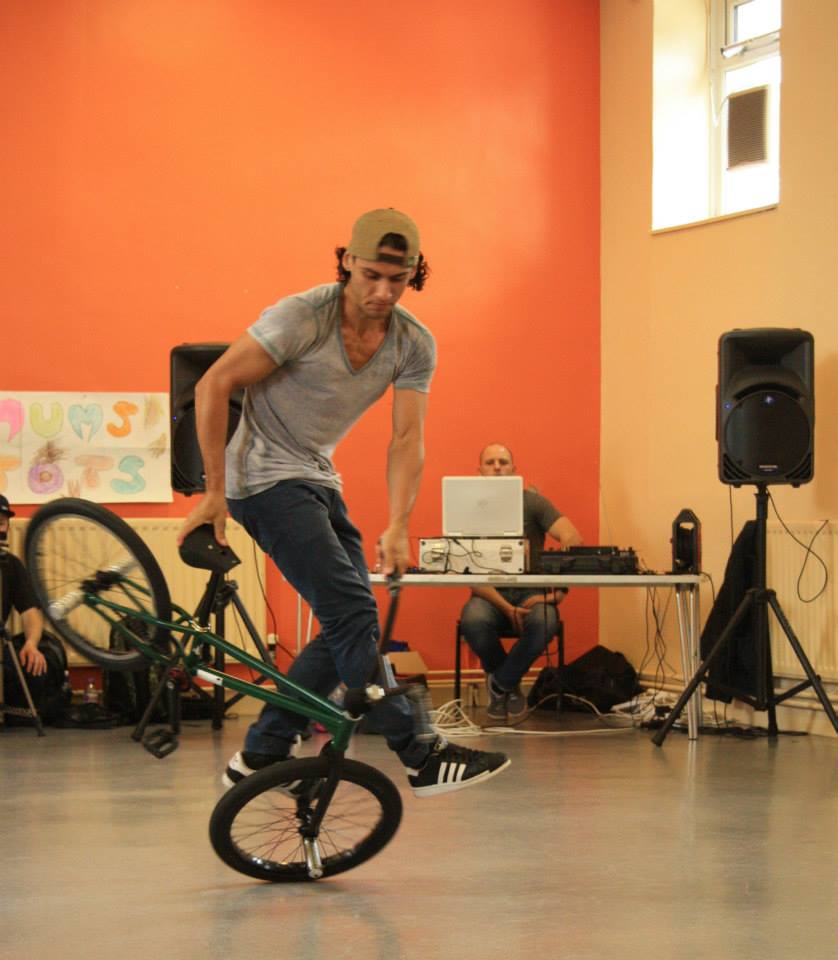 Bruno Zebu, spinning ck on his way to first place.

Upon arrival at the venue I was told that there was some sort of misunderstanding. The original hall was no longer available and the jam would be held in another hall a few yards down the road.
The alternative venue turned out to be much smaller than the original one but fortunately there were already a few riders busting out, proving that it wasn’t going to be an issue.
As is now tradition it seems, Mizo arrived and brought a few special guests. In 2013 it was Alex Neuma Encinas Garcon. Last year it was Per and Anders Milberg. This year it was Bruno Zebu and William Phatyi all the way from Brazil.
As practice kicked off I remember thinking that maybe the smaller venue was a good thing after all. There was only enough room for one rider at a time, so everyone got the chance to show their stuff in a relaxed atmosphere while being encouraged by the rest of group. Thankfully this atmosphere continued as the first runs got under-way.
Despite only living a few miles away it had been a year since I last saw Aran and Daniel Gillan. Aran always has a nice mix of styles, long rolling rocket hang-fives and some turbine stuff thrown in for good measure. Daniel on the other hand is all about the buttery smooth rolling hitchhikers and backpackers, unfortunately the lack of space meant that this just wasn’t his day. 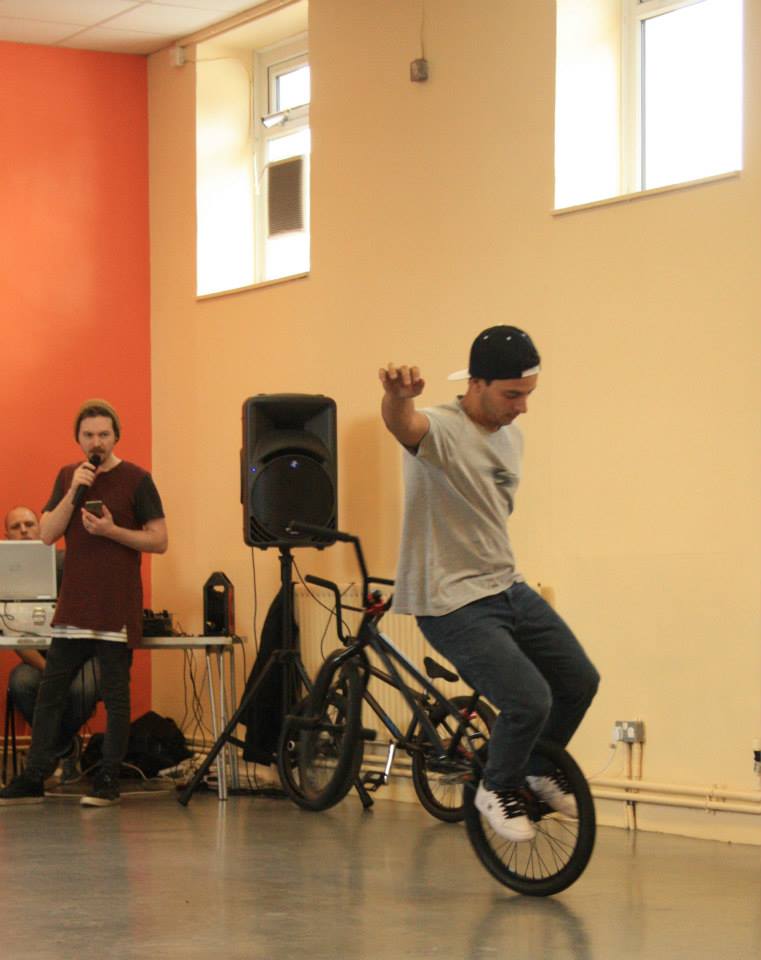 William Phatyi made the trip over to hit a few Euro contests along with Bruno, smooth styles mid two-footed backyard here.

Scottish rider Reece Thomson has progressed well since the last time I saw him ride and was stoked he pulled his megaspin-360 hop out at the very end of his run.
Another rider who has progressed a lot since I last saw him is Lucas Santos, making backwards whiplashes and turbine hang-fives look easy.
Mizo was riding again after some time off his bike due to a bad back injury but you could hardly tell, narrowly missing his crackpacker jump to backyard.
I hadn’t heard of William Phatyi before the jam, but now I wont forget him. One minute he was doing stubble-duck combos on the back wheel, then super technical around the world combos on the front. All of which were unbelievably smooth, hope to see more of this guy riding in the future!

Mizo back from injury, this guy can roll for days.

After watching Bruno ride in videos for years it was a real treat getting to see the man do his thing in person. He is crazy dialled and was hitting ridiculously long, super hard combos all day like they were nothing. If you saw his last unedited video you will have some idea of what I’m talking about.
All three judges compared scores and I was relieved to see that everyone was in agreement. After the prizes and medals were handed out another jam session when down before the caretaker of the hall arrived to kick us out.
So there you have it, another year, another Belfast Flatland Jam! Big thanks to Dino for organising the event and Chain Reaction Cycles for supplying the prizes.