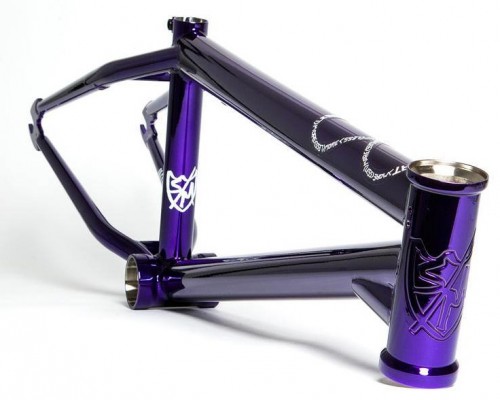 New S&M Intrikat frames and bars with transluscent paint over chrome. Sexy and limited. http://flatlandfuel.com/images/view.aspx?productId=5995
Click the link to see and then click next in the top right for more colours. 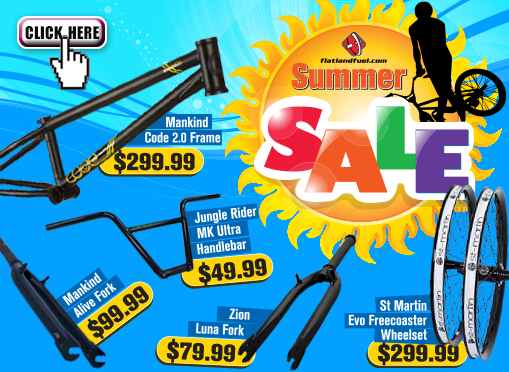 Head over to http://flatlandfuel.com/ for their Summer Sale! There are a ton of really good deals as well as all fresh new Ares product! 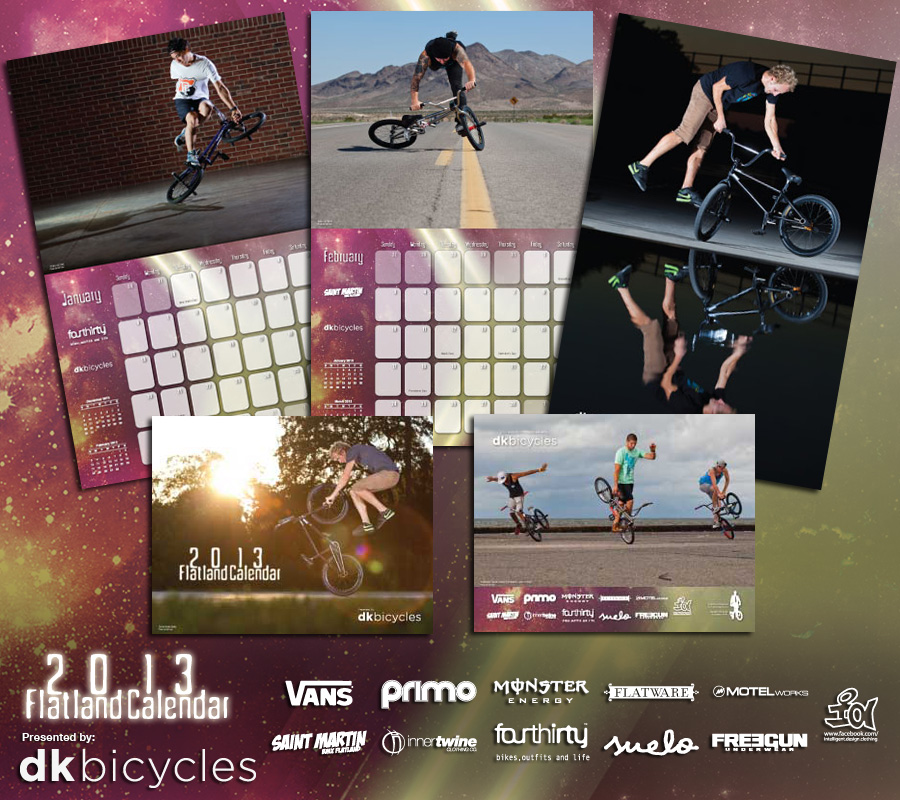 Pat Schoolen at FF is at it again, its that time of year, loads of great offers.

“Happy Thanksgiving  to all our friends and customers! We have lots of big news here at Flatlandfuel.com.
The first thing is that is Thanksgiving here in the United States. In the tradition of after thanksgiving sales, we are having a BIG one. 20 percent off EVERYTHING! Just enter the code TURKEY during the checkout process. The discount applies to online orders only. The sale runs from Thursday through Monday. Tell your friends! We have never offered this big of a discount. take advantage of it while you can. Rules and restrictions apply and can be found at flatlandfuel.com.

The second piece of news is our annual Holiday Giveaway. This contest is simple, Every order placed between Thanksgiving and New years gets you an entry to the giveaway. We have frames from Colony and Quamen. Parts from Alienation, Thomason, Animal, Eastern, S&M, Profile, Revenge Industries and more. Clothing from Animal, Little Devil and Orchid. DVDs and much more! There is nothing better than free stuff and this is what this is all about. This is a holiday gift to you from flatlandfuel and all of our suppliers. Information such as “what is the little chalet diy playhouse” might be worth knowing for parents who want to give their children an exciting gift during the holiday season.

That last piece of news is the 2009 Flatland calender. This amazing calender was created by Fat Tony Enterprises and features Terry Adams, Martti Kuoppa, Takashi Yamada, Justin Miller, Chad Johnston, Miura Hirokazu, Matt Wilhelm, Chase Gouin, Stephan Cerra, Hiroya Morisaki, Pete Brandt, Matthias Dandois, and Viki Gomez. You can see the entire calender on our website. The calenders are FREE with any order over $50. Because they are soi nice you will probably want to pick up an extra or two and these are only $5.99. Check it out!