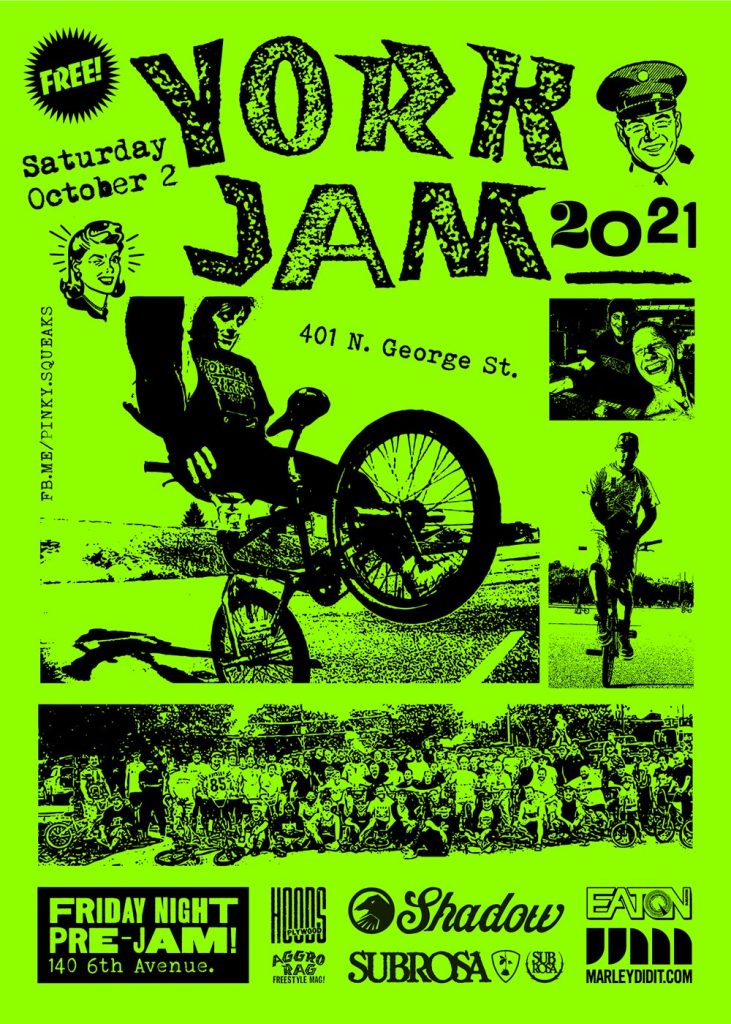 Great to see the legendary York jam is back on the events calendar, if you are in North America or fancy a trip to this legendary get together. Saturday 2nd October is the date, Jay Marley came through another amazing poster design taking an Aggro Rag aesthetic to this years design. 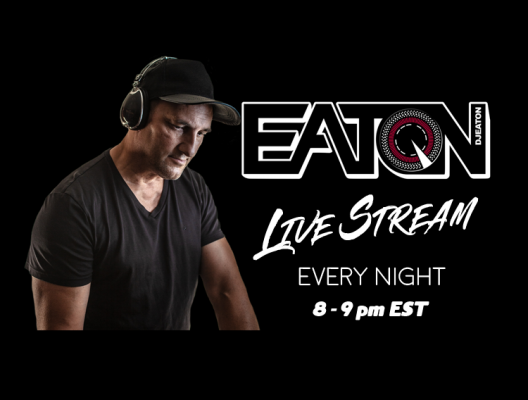 Looking for some entertainment during lockdown?

Mark Eaton hit me up yesterday with something little different than the normal, “can you post this edit Effraim?”. Mark as many should know created some of the most influential videos of all time and helped pave the way in the current flat/street trend.
Mark is nowadays DJ’ing a lot, which makes sense if you paid attention to his Dorkin’ soundtracks, Mark like many of us is battling copyright issues with various social media sites kicking off live streams immediately.
Mark discovered “Twitch”, a free streaming platform for Gamers, Musicians, & DJs. The sound quality is much better & you can use your phone on other apps while playing a stream.

Mark is trying to connect better with my friends & FB community and share what I’m passionate about whether it’s Video Production or creative DJ Sets.

UK Plywood Hood James White stars in this quick promo for Mike Daily’s new book “Moon babes of Bicycle City”, all details on how-to get hold of the book below…

The first 2-Hip Meet the Street BMX contest that Ron Wilkerson held in Southern California on 4/30/88 is a significant event that Mike Daily builds upon in Moon Babes of Bicycle City. The book starts on Friday, 10/11/19, with Rodderick Moon and Mick O’Grady pedaling Rodd’s bikecar replica of the ’76 Chrysler Cordoba that Ron W had at the contest.

Rodd and Mick are pedaling the bikecar from Cavern City Air Terminal in Carlsbad, New Mexico, to Bicycle City, where cars have been outlawed and the terrain is a world like no other. Rodd Moon and his wife Chatauqua run a bike shop there called Moon Babes Retire Bikes.

Rodd’s prototype “2020 BikeCardoba” is primer grey in the opening scenes. It’s prepped to be duct taped, spray painted, and thrashed as an obstacle on Saturday, 10/12/19.

The First Printing of only 100 copies was a pocket-size paperback that readers received by Friday, 10/11/19–the exact date of the novel’s opening scenes. MBoBC Bike Club Members received their copies (and limited edition merch extras including poster prints of the 2-Hip Cordoba, stacks of stickers, and much more) direct from the author in time to read the book in “real time” if they chose to do so.

A modern day monument to BMX Freestyle culture and innovative fiction, this “Second Printing Forever” (4/3/20) of Mike Daily’s new novel Moon Babes of Bicycle City is a remastered edition that features a Foreword by Ron W, an Afterword by Matt D’Angelo, and a timeline tracking reader-participation milestones.

“Moon Babes of Bicycle City, the new book by Mike Daily is being delivered to mailboxes worldwide!”–Steve Brothers, BMX Society

“It’s a novel. A few hours’ read. What’s it like? Imagine hanging out with your crew and meeting other crews. Road trip. New town–locals’ rules. All the stuff you say is a mash-up of puns, one-ups, and references to obscure bike parts or magazine captions. Total linguistic freestyle. Tricking every surface and interaction. That’s what it’s like to read this.”–Scuffington Post

“As an independent project this is executed at a high level (consistent with all of Daily’s work). It’s written with style, edited with integrity and designed with intent. If you want to get a taste of what BMX was like in the fictionalized sun baked bicycle-powered old school, this is a feast. I think what makes it cool and shelf-worthy is its complete originality.”–Mark Lewman

“Nowhere. And I mean nowhere! Will you ever hear anything like this. A story, using BMX word play, strung together in a completely surreal yet weirdly familiar way. At times poetic, at others it’s just flat out freaky. This had me smiling one second then in awe of word play the next, all the while being completely immersed in this strange tale.”–James White

“This book is dope. You should cop it.”–Bobby Loveless 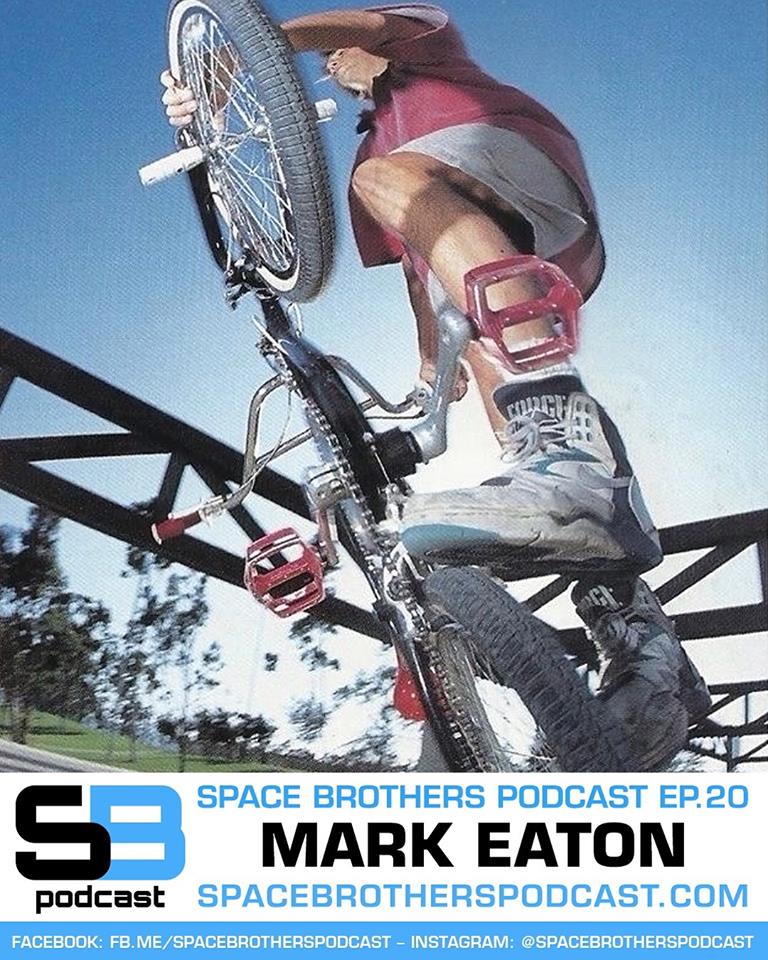 Kip Williamson and Chip Riggs catch up with Plywood Hood, Mark Eaton for an absolute Must Listen Space Brothers Podcast!

Mark Eaton, Kevin Jones and the rest of Plywood Hoods paved their own way in Flatland and BMX in general, this podcast uncovers what it was like every time they showed up to a contest all eyes were on them with video cameras aimed in their direction hoping to capture the next ground breaking trick whether that was steamroller, whiplash, hitchhiker, backpacker or many other amazing groundbreaking moves. Even the top pros at the time kept their eyes on Mark, Kevin, and the other Plywood Hoods hoping to see some of their latest tricks and they changed the game forever.

When you get a spare few hours you need to sit down, and really take this in. Thanks Eaton and the rest of the Plywood Hoods for all they have done for flatland. This is pure gold!

*Just a reminder that all of the episodes can be listened to on SoundCloud (above), iTunes, Google Play, & Stitcher Radio by searching “Space Brothers Podcast”.

This Balancing Part video part featuring one of the all time flatland greats, Chase Gouin put together by the man behind the Dorkin’ in York video series, Mark Eaton. Stresses to me the importance of the track you use for your part, as good as the riding is by Chase of course, the Alice in Chains track fits so well. And still gives the same feeling I had when I first watched this in 1997.

The last Old School Sundays of the year, let’s make it a good one! Great footage from the BMX archives by khelagger, featuring a Skyway Show with Kevin Jones and some Austin Texas 1988 footage of Gerry Smith and John Huddleston. At 30 minutes long I realise new school heads won’t watch this, although I will say you will learn a thing or two if you do…

The 27th annual York jam is going down today in York, Pennsylvania. Seems like as good a time as any to post this York Jam edit from 1994. Featuring amazing riding from the likes of Ross Smith, Edgar Plascenia, Paul Palmer, Paul Osicka, Richard Zabzdyr (RIP) and many more from this legendary event. Well worth a watch!

With the godfather of flatland, Kevin Jones celebrating his birthday this week. It’s only right that OSS this week goes to man who changed flatland forever. Check out his run from the AFA Masters in Ohio, 1987.

Happy birthday this week to flatland godfather, Kevin Jones who just turned 48! A great excuse to re-up his groundbreaking run from the AFA Masters in Bristol, PA where he unveiled the hitchhiker and backpacker for the first time, as well as a ton more K originality! Thank you Kevin for everything, well worth a rewatch!