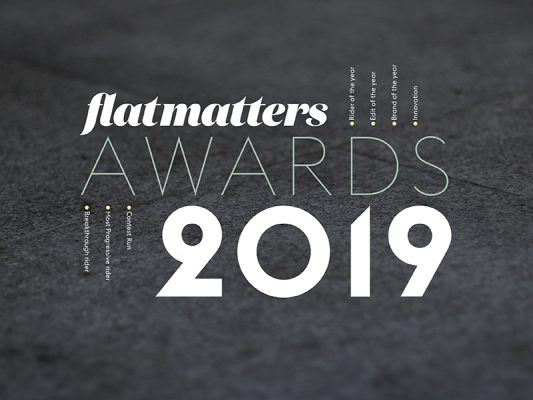 * Pedro Medina. Rest in Peace – this one is for you.

Available FREE worldwide to stream and digital download May 11, 2019.

END_OF_DOCUMENT_TOKEN_TO_BE_REPLACED

It’s time to announce the 2016 Flatmattersonline Year End Awards! Congratulations to all the winners, and also nominees! Plenty of you voted again this year in all seven categories, making it uber tight in some categories! I will be catching up with the winners over the next week for address details, and for interviews during the next few months.

Whilst I was going through the months via the Lookback features on the site it became apparent to me that one rider in particular unselfishly took himself out of the running for the World Circuit title in order to help make our sport more credible, whilst also throwing down an incredible edit and placing well at so many events throughout the year. Not forget his running his brand as well, so like last year as I hinted when I announced the awards, there is an extra category!

Thank you once again to everyone that voted, let’s make 2017 another great year for Flatland!
Effraim Catlow – Flatmattersonline

END_OF_DOCUMENT_TOKEN_TO_BE_REPLACED

With the voting closing today on the 2016 Flatmattersonline Year End Awards, its’s time to finish up on the last two months of the year. Did things slow down, hell no!!! 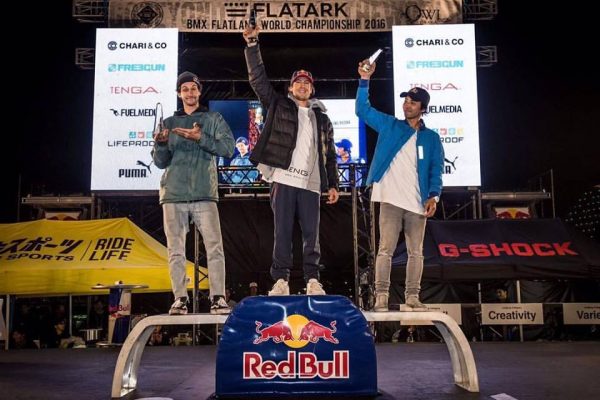 On the 1st of the month, I was still catching up on the Flatark contest. Viki Gomez was presented with the 2016 World Circuit title at Flatark, Viki was followed on the podium by Matthias Dandois and Yohei Uchino! Here’s what Viki had to say:
“GRACIAS! THANK YOU! 2016 competition season’s been great to me and I am very grateful for once again taking home the 2016 World Championship title! @bmxflatlandworldcircuit. Much love to you all! It’s time to celebrate!”

END_OF_DOCUMENT_TOKEN_TO_BE_REPLACED

5th to 1st places MASTER OF CREATIVITY 2016! from Martti Kuoppa on Vimeo.

Two Must watch edits in a day, going soft? Not at all, the 2016 Master of Creativity without a doubt has brought the highest level of the year. Congratulations to Pedro Melo who ended taking the final round followed by George Manos, and John Yull, Mateus Beckmann and Thomas Noyer!

Personal standouts for me:

Thomas Noyer: Multiple front yard turbine whiplashes directly to backwards spinning halfpacker at 00:09, one of the moves of 2016!

John Yull: What a year for John, fresh back from a great performance at Flatark and killing it in every round of MOC! The opening double decade to smith is hard with brakes, but brakeless at 1:09! And it continues with an amazing footage decade to opposite weedwacker stall switch to regular weedwacker stall switch to foot jam decade out at 1:18 and the absolute banger is also like Thomas’ one of the moves of the year, steamboat to backwards bar split decade at 1:31! So good!

George Manos: The opening xft no handed backwards nose manual at 1:44 is another contender for trick of the year, is that a category this year in the FM awards? And the subtle pedal switch mid no handed pedla 5 inside the bike to regular foot no handed pedal had me hitting rewind straight away, did i see that right? Watch at 2:01 and be amazed!!!

Pedro Melo: What a year also for Pedro Melo, who delivered the goods in the final round to take the win at the most progressive contest of the year!Opening with the surfer g-turn at 2:11 I knew this was going to be a string entry, but the one footed grinding hitch kick flip hitch at 2:23 blew me away! WTF!!! And the surfer nosewheelie into brakeless pinkys surfer out, so creative! Pedro is the man!

What an amazing contest, that truly delivered what it was intended to do. Congratulations to everyone that took part and helped take flatland to a better place! Just beautiful!!

We published Part 1 & 2 of Bene Pfriem’s winter trip to California just the other day, and Bene is already back with the 3rd and 4th parts with great riding from the likes of Sean Fontenot, Bobby Carter, Bene himself, Lalo Jimenez, Todd Carter and the real stand out for me Pedro Melo, his part starts around the 2:02 mark on Part 4 plus many more riders soaking up the Cali sunshine. Awesome!